"You know I rock my Crocs with socks so this time they're included."

UPDATE: Months after his first collaboration with Crocs, Justin Bieber is unveiling a new collection with the shoe company.

On Thursday, he shared a photo on Instagram announcing the news and giving a sneak peak at the lavender clogs, writing, "Dropping my second collab with @Crocs and @drewhouse on 3.16.21. You know I rock my Crocs with socks so this time they're included."

The new collaboration (with socks) will be sold on House of Drew starting March 16.

If your 2020 going-nowhere-but-the-couch wardrobe needs a new addition, might I recommend some Justin Bieber Crocs?

No, I'm not kidding. One, Justin Drew Bieber is following in Post Malone's (literal) footsteps as the latest collaborator on a pair of the controversial slide-ons. On Instagram, the singer posted several videos of the new shoe that comes out Tuesday, October 13 for $59.99.

"I've been wearing Crocs since the beginning of time, and now I have my own design," he says, standing with a knife above a yellow Croc shoe that has custom "Drew" Jibbitz. "You see what I did there? I did a little rhyme. Ah, I did it again. Rhyme-ski, Rhyme-ski doodle."

The "rhyme-ski doodles" didn't end with one video. In a second post, we see Bieber, who has brought back his flippy hairstyle, hold a knife, asking "is it real, or is it cake?" Spoiler alert: it's cake again.

While some see Crocs as a strictly at-home shoe, over the last several years the brand has dipped its toe into the fashion scene with Christopher Kane, Balenciaga, and Alife. Plus, as people are opting for comfier clothes these days, the shoe is really having a moment, just ask our editors. 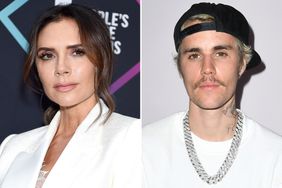 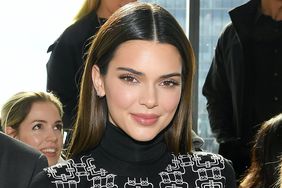 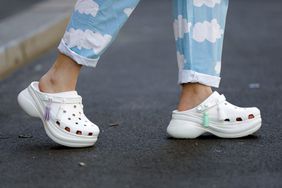 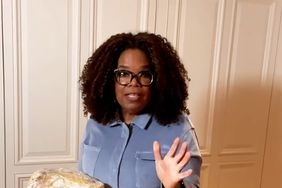 These Cozy Jumpsuits Are So Good, Oprah Can't Stop Wearing Them