, " InStyle Hair" cover girl, revealed to us that she was "really a blond." A week before the issue hit newsstands, Meester lightened her locks at Byron amp Tracy Salon in Beverly Hills. "Leighton had to return to her natural hair color for her role in an upcoming movie," says her stylist, Charles Baker Strahan. No word on whether B's mane will also lighten up, but we think it's safe to say the signature headbands are staying.

Love Blair's Headbands? Find out who makes them and click to buy.

Posh Strips Down for Emporio Armani

When Victoria Beckham unveiled a 20-foot banner featuring her latest Emporio Armani underwear ad at Macy's in New York City, she admitted it wasn't until she signed on to be the face of the campaign that she started hitting the gym on a regular basis. "If I'm going to stand there in my knickers and bra, I want to look as good as I can," she told Entertainment Tonight. Her main form of exercise? Running "about 4 to 5 miles every day."

has the answer to rainy day blues in its chunky floral jewelry collection that just hit stores. On the catwalk, the beautifully sculpted pieces were layered over ombre trenches and oversized cardigans, but they'll look equally eye-catching with a bare, warm-weather dress. 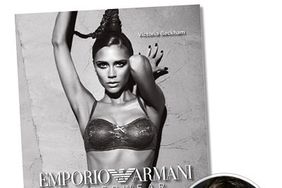 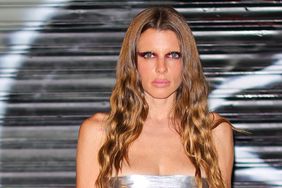