On Monday, Justin Bieber announced that he is canceling the remainder of his Purpose world tour. Though the announcement undoubtedly caused disappointment for scores of Beliebers, John Mayer leapt to his fellow singer's defense on Monday afternoon.

Mayer took to Twitter to remind fans that artists don't just cancel their tours willy nilly. (Remember how torn up Adele was about having to do the same thing? Oof.) "When someone pulls the remaining dates of a tour, it means they would have done real damage to themselves if they kept going," Mayer wrote.

In a follow-up tweet, the singer continued: "We've lost so many great artists lately. I give Justin [thumbs up] for realizing it as time to call it. You should too."

Though the official reason for the cancelation has not been confirmed, it sounds like Mayer's assessment is right on the money. A source close to Bieber told People that—while the 23-year-old singer is okay for now—Bieber is dangerously exhausted. And, since he's been on the road for 18 months, that makes complete sense.

We hope the Biebs gets the rest he needs, and we give props to John for supporting his fellow artists. And, by the way, burnout is not just for rockstars. If you have unused vacation days, this is your cue to plan something special, just for yourself. You deserve it. 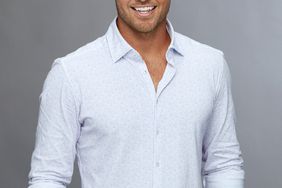