What took so long?

Joe Jonas already has an impressive collection of tattoos. With more than 20 pieces, he's generally stuck with delicate linework, but his latest tattoo is a little more detailed — and it may just be a tribute to his wife, Sophie Turner. Los Angeles-based tattoo artist NAL (real name Noah Lee) shared an image of Jonas's neck and his latest acquisition: a keyhole shape with what appears to be Turner's eye inside. The tattoo is in black and grey and is much more detailed than Jonas's other work.

Without much more information in the caption, it looks like fans will have to figure out a few things. Is it really Turner? What does it all mean? Will Turner also be getting a tattoo?

Jonas's other tattoos include tributes to his family (a rope), matching arrows with his brother Nick, a slice of cake emblazoned with a wave to commemorate his other band's single "Cake by the Ocean," and another tattoo that fans automatically assumed was of Turner. However, Jonas explained it wasn't. In fact, it's not really anyone.

"It's really just a picture of nothing," he told Honey. "There's not anybody that I'd say it is, but eventually I'll come up with a name for her. For now, she's a mystery."

Turner has at least 13 tattoos of her own, including a tribute to Game of Thrones and the letter J for "Joe." Her husband has a matching S. 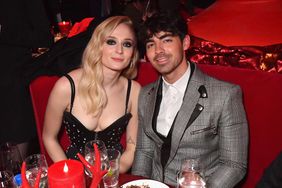 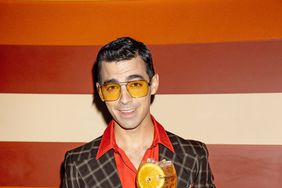