Yesterday, Time revealed their 2020 shortlist for the honor, which included Donald Trump, frontline workers and Dr. Anthony Fauci, and the Movement for Racial Justice. Note: Person of the Year — which has been awarded to Adolf Hitler, Joseph Stalin, and Donald Trump — is not always an endorsement. Time defines the annually-bestowed title as “the person who affected the news or our lives the most, for better or worse.”

The magazine’s editor-in-chief Edward Felsenthal wrote that Biden and Harris were chosen “For changing the American story, for showing that the forces of empathy are greater than the furies of division, for sharing a vision of healing in a grieving world.”

The magazine also named Guardians of the Year (Frontline Health Workers and Racial-Justice Organizers), Athlete of the Year (LeBron James), Businessperson of the Year (Zoom CEO Eric Yuan), and Entertainer of the Year (BTS). 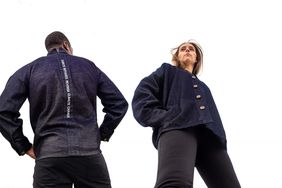