As a member of the Federal Communications Commission (FCC), Jessica Rosenworcel is charged with regulating the nation’s radio, television, and phone industries. That means, she makes the rules that govern everything from your WIFI access to your wireless service. “Being able to see what's happening first in technology is extraordinary,” she says. “I feel like I've got a front row seat at the digital revolution, and every day I'm in awe at how new technologies are changing every aspect of social and commercial life.”

The role also puts the 47-year-old lawyer at the center of major policy debates surrounding net neutrality (an open internet for all) and telemedicine (two-way interaction between patients and doctors) all while also overseeing the rules that govern deciding who can own the local TV stations that deliver the nightly news to millions of homes. These are responsibilities she doesn’t take lightly.

“On a really high level, I want to make sure more communications, more technology reaches more people and more places all across the country, because these are the networks of opportunity in the digital age,” she says. “The future belongs to the connected. No matter who you are or where you live in this country you are going to need access to modern communications to have a fair shot at 21st century success.”

But beyond that, she’s using her power and platform — whether through passing policy encouraging young girls to pursue STEM or launching her own new podcast — to increase representation and visibility of women throughout the communication and tech industries. She knows the need for that firsthand: Rosenworcel is the only woman (and currently the only Democrat) on the five-member commission.

“I will use my voice to make sure women have a seat at the technology table,” she says. “Because for too long they have been left out.”

Taking Risks: As a young girl growing up in wintry New England, Rosenworcel set her sights on becoming a professional skier. “It seemed like the coolest thing ever, and the way to go take risks,” she explains. That didn’t pan out. She ended up going to law school and working at a corporate firm on telecommunications cases before pivoting to public service, first working at the FCC as an agency staffer, then writing laws herself as an aide on Capitol Hill.

She never envisioned herself staying in Washington (when she moved there after her now-husband got a job offer in the city, she figured they would stay a few years, max) or sitting behind a big government desk as an Obama appointee with “The Honorable” in front of her name. But no matter where her career has taken her, her penchant for pushing the envelope has remained. “I just found another way to take risks,” she says with a laugh. “I'm sure there's a metaphor I could extend there. I'm a Democrat in Washington, so I'm taking other risks.”

Going With Your Gut: “Ask for permission less,” Rosenworcel says of her best advice to women coming up in their own careers. “If your gut tells you that it's the right course, spend less time seeking everyone's approval in the process. Go out, plant your flag, and make it happen.”

The Regulator and The Rocker: Rosenworcel says she inherited her independent streak and drive from her mother, whom she praises for encouraging tenacity and creativity in both Rosenworcel and her brother Brian Rosenworcel, who is a drummer for the band Guster. “She raised a regulator and a rocker,” Rosenworcel says. “There is this tolerance for speaking up in our family and this sense that you should go out there and make your mark on the universe. For me, it might be regulatory material and for my brother it might be banging on a bongo.”

Why Women Need #Net Neutrality: “Women know a thing or two about gatekeepers and an open Internet has been extraordinary for them,” Rosenworcel says of her support for protecting the Net Neutrality rules adopted during the Obama administration. “It's been a tool for organizing political action. It's been a platform for building businesses — many small businesses are owned by women and they extend their reach when they can put their services and wares online.” But FCC voted earlier this year to repeal the rules, and Rosenworcel was on the losing side of the vote.

There’s a silver lining, though. In Rosenworcel’s eyes, the debate over net neutrality “awoke a sleeping giant.” She says, “The American public is paying attention to what's happening in Washington, what's happening at the FCC. They're not happy that this little agency decided that it's okay for broadband providers to block websites, to throttle online services, and to censor content. And they are pushing back.” Whether it’s through the court or the ballot box, she believes momentum is growing to reverse the FCC’s decision and preserve the old policy. “It leaves me enthusiastic and it leaves me believing that an open Internet and the choice to pursue policies that support it puts me on the right side of history.”

The Power of Policy: Rosenworcel’s work on net neutrality and other elements of telecommunications policy has impacted the lives of Americans in countless ways. But for her, one of the biggest — and most emotional — achievements was helping craft a law aimed at improving communications for emergency responders during disasters. The bill, co-sponsored by her former boss, West Virginia Democrat Sen. Jay Rockefeller, was drafted in response to the massive communications network failures that plagued response efforts during and after the September 11 terror attacks.

“My extended family lost someone in the Twin Towers on 9/11, and so the ability to work on legislation that sought to make it so police, firefighters, and other first responders can speak to one another when unthinkable things occur, that's given me a lot of pride,” she explains. “[I remember when] Obama mentioned it in the State of the Union, and I punched my fists into the air as I watched it from home.”

Pods for Parity: “I firmly believe if you can see it you can be it. And we've got to start profiling more women in more places who work on technology,” Rosenworcel says. “It's time for women to amplify their voices.” That’s why she recently launched a new podcast called, “Broadband Conversations.” Her guest interview list so far includes fellow powerful women in politics and tech, including Sen. Catherine Cortez Masto, Black Girls Code Founder Kimberly Bryant, and Massachusetts Attorney General Maura Healey.

Mom Influence: Being the mom to two children (ages 9 and 11) has shaped Rosenworcel’s career. Yes, the organizational skill it takes to juggle her duties in the spotlight with making it to soccer and baseball field sidelines on Saturday mornings (on that front, she credits, lots of texting, lots of coffee, and a supportive husband) have impacted her work life, but it’s more than that. “I see so much of the world through their eyes as digital natives, and I think that affects how I think about technology and its impact on us,” she says.

Watching her kids grow has emphasized how essential access to that technology is for success. That’s why one of her top priorities is addressing the “homework gap” — a term she uses to represent the 12 million K-12 students who can’t complete their assignments because they don’t have Internet access at home. “I see the choices that we make now as part of the inheritance that the next generation is going to have,” she says. “What does our digital world look like? How inclusive or exclusive will it be tomorrow? For my part, I want it to be one that’s full of opportunity.”

Pinch Me Moments: Rosenworcel’s second term on the FCC will expire in 2020. She’s yet to decide what’s next — when asked whether she’d consider pivoting to elected politics and joining the wave of women running for office, she demurred. For now, she says she’s focused on the big job at hand. “I still pinch myself when I come in the door because it's an extraordinary privilege to be able to sit here and make these kinds of policies in Washington and fight for the things I believe in,” she says. 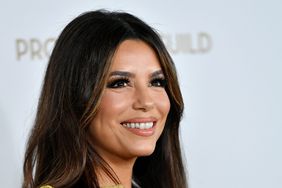