"I couldn't go back to what I was doing before and be authentic."

Jessica Alba is opening up about why she left acting at the height of her career. The actress and entrepreneur attributes her change in career to the switch of mindset she had following the birth of her daughter Honor in 2008.

"My mother had cancer at a really young age, in her early 20s. I grew up with chronic illness. I had five surgeries before I was 11 years old. I had chronic allergies, and I was hospitalized a lot as a child," she said in an interview with Romper. "I had this real moment of, I want to live, and thrive, and spend as much time with this little person that I'm bringing into the world as possible and stay. So, my health matters. I want this little person to be healthy. And it's really freaking hard to be happy when you don't have your health."

She shared that it was never out of fear or insecurity that she wouldn't receive more acting jobs. "Frankly, I was at the top of my career," said Alba. "I couldn't go back to what I was doing before and be authentic. I just couldn't. I didn't care about it the same way."

She has since had two more kids, daughter Haven, 9, and son Hayes, 3, and said becoming a mother made her strive to do "something bigger."

"I felt like if I was going to have this platform, then what can I do with it that could be meaningful and make a difference?" she said. "That just felt so real when I became a mom for the first time."

In 2012, Alba launched The Honest Company, which specializes in natural baby, cleaning, and beauty products. And while the company has since taken off (selling with retail giants like Target), it wasn't always so easy.

"Building a brand and building a business is f—king impossible," she said. "And to be good at it and for it to thrive and scale, it is really hard. If anything, I was like, 'Do I really want to do this?' In every stage, I'm trying to get better and better as a business person, but it's a totally different skill set than just taking your influence and fame and putting your name on a package and doing a press tour, picking out a couple designs."

She has since dabbled in other acting gigs, including the short-lived series L.A.'s Finest — a spinoff of the Bad Boys franchise — alongside Gabrielle Union. But Alba is a woman of many talents and we're just excited to see what she takes on next. 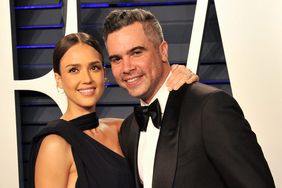