Well, let me tell you, the media was all over it (kind of like today … ). And there's been speculation that the intensity of the spotlight was part of the reason their wedding was ultimately called off. I mean, there were decoy brides, for crying out loud.

Anyway, back in 2016 Lopez reflected on the relationship in an interview with Jess Cagle.

"We didn't try to have a public relationship," she explained. "We just happened to be together at the birth of the tabloids, and it was like 'Oh my God.' It was just a lot of pressure."

She said that when she first met Affleck she thought, "OK, this is it," but in hindsight not all was what it appeared. "Sometimes I feel like what you think people are and how you see them when you love them is different than when they reveal later," she allowed.

Still, Lopez maintained that things could've been different if they were together at a different time. "I think different time different thing," she said, "who knows what could've happened, but there was a genuine love there."

Jennifer Lopez and Ben Affleck Have Apparently Been Talking "Every Day"

Fast-forward five years and Lopez may need to add psychic to her ever-expanding list of titles.

It's 2021 and Bennifer talks every day — a surefire feat when you imagine how busy both the working parents must be. Jennifer Lawrence is "so happy for them;" Matt Damon thinks a reunion "would be awesome" … 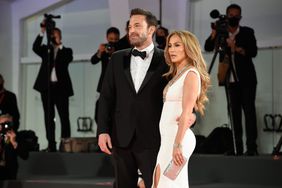