This is not a drill.

It's not unusual for Jennifer Lopez to change up her hair — curtain bangs, anyone? — but it is out of the superstar's M.O. to go for out-there colors, like pink. But that's exactly what happened, and there's photographic evidence.

In what looks like a behind-the-scenes look at a campaign (Lopez has so many that it's tough to keep track), Lopez can be seen rocking pastel pink tresses.

The pink hair, which features dark roots and piece-y layers, isn't the only thing that's not very J.Lo. Instead of a glamorous naked dress, statement-making coat, or flowing white gown, she's outfitted in a flannel, ripped jeans over fishnet tights, and chunky, lug-sole boots. In other shots from the photoshoot, J.Lo can also be seen wearing fishnets with a sheer dress as well as slouchy jeans and stiletto boots.

Late last year, Lopez sent fans' heads spinning when she wore a multicolor unicorn-inspired pastel wig for her "In the Morning" music video. Appleton called that look Unicorn Barbie — and it wasn't the only dramatic look from the clip. The video also has Lopez wearing a bright blonde wig and a full head of cherubic curls.

When she's not playing dress-up, Lopez is known for her wavy lengths, which are usually kissed with honey-colored highlights and perfectly tousled (thanks to Appleton's deft hands, no doubt). And while she knows what works for her and sticks to it, there's no denying that even with pink hair, Lopez is always at the center of the spotlight.

Was this page helpful?
Thanks for your feedback!
Tell us why!
Related Articles
Barbiecore Beauty Is Everywhere This Summer 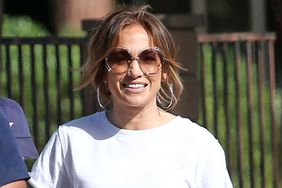 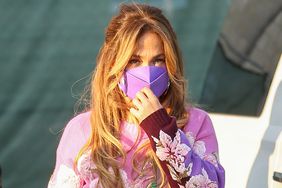 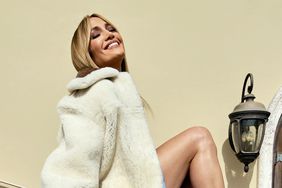 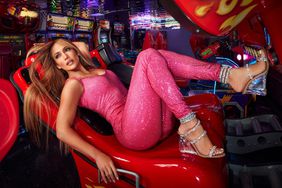