J.Lo was spotted just hours after she and A-Rod reportedly had a friendly dinner.

Jennifer Lopez was photographed during her first public outing since her split from Alex Rodriguez two weeks ago.

On Saturday, Lopez was spotted out in Los Angeles, wearing a white long-sleeved crop top sweatshirt, with a matching pair of white sweatpants. She accessorized with a pair of brown Timberland boots and gold Max Mara sunglasses, with her hair worn in loose waves.

Just before the sighting, Lopez and Rodriguez were seen having dinner at the Hotel Bel-Air — the same place they had their first date back in 2017. There still seemed to be love and respect there," a witness told Page Six.

In a joint statement earlier this month, the former couple confirmed they had gone their separate ways, but would continue to work together on their "shared businesses and projects."

"We wish the best for each other and one another's children," the statement continued. Out of respect for them, the only other comment we have is to say is thank you to everyone who has sent kind words and support."

Since the split, the two appear to have remained friendly, given their reunion dinner and Lopez's sweet message for Rodriguez's daughter Ella on her birthday. Rodriguez also shared a birthday tribute for Ella that included multiple photos of his former fiancée. 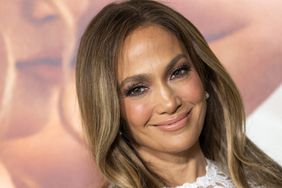