It's only been two months since Jennifer Lopez and Ben Affleck reunited and the entire world was pulled into the gravitational pull of glamour, nostalgia, and the comforting arms of throwback romance. While it seems like they've been together forever, every outing, hand-holding photo, and secret makeout session at Nobu (not to mention the bi-coastal nature of these over-the-top romps) offered up a new wave of oohs and aahs. Now, it seems like the two could be taking the next logical and very big step: moving in together.

Sources told Us Weekly that the two are planning on cohabitating. The news comes after reports that Lopez plans on decamping from the East Coast to Los Angeles.

"Ben and Jen are spending almost every night together when they're not working," the source said. "They plan on moving in together very soon."

And the source even mentioned that Lopez and Affleck are well aware that people think they're moving too fast. In addition to the prospect of living together, Lopez is reportedly ready to be a stepmom to Affleck's children and she expects the same from him with her kids.

"[They] laugh at anyone who says they're rushing things. As far as Jen sees it, she and Ben have their whole lives now to set things up in a comfortable way," the source added. "She intends to be an involved stepmom who's there for Ben in that area, plus she'll want him to make the same effort with her and Marc's kids."

The possible move comes after the couple's trip to the Hamptons and subsequent return to Los Angeles. The two really do seem to be ready to blend their families after all the kids got together for a trip to Universal Studios Hollywood. And if it looks easy from the outside, it's because it is.

Another source previously told Entertainment Tonight that Affleck and J.Lo "are both hopeful about their relationship this time around and putting the effort in. They have both matured and are on the same page and it has been easy." 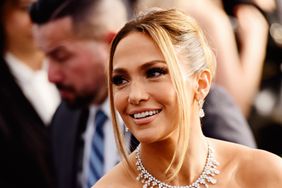