Jennifer Lopez and Ben Affleck Are Reportedly Hanging Out Again

What's old is new again. As the entire world seems to be turning to the comfort of nostalgia (see: the Saved by the Bell remake, Taylor Swift's re-released Fearless, and cool kids rediscovering flared jeans and Juicy Couture sweatsuits), Page Six reports that Jennifer Lopez and Ben Affleck, one of the original one-name superstar mashups alongside Brangelina, could be back on.

Page Six published photos of Affleck in a white Escalade — a car that allegedly belongs to Lopez — en route to her Los Angeles manse.

"Security picks him up at a nearby location and drops him off after spending a few hours at her house," a source told the publication.

And to add more sizzle to the situation, the source adds that it's been happening on the regular. They've apparently been seen together at least three times since Lopez returned to the states from the Dominican Republic, where she filmed Shotgun Wedding and decided to end her relationship with Alex Rodriguez, despite his best efforts to shower her with gifts and affection.

"They are friends ... they've never not been," another source adds of Lopez and Affleck's relationship.

Affleck has been spotted at the Hotel Bel-Air — where Lopez and Rodriguez had dinner just a few days ago — getting picked up and dropped off by the white Escalade in question. Their get-togethers (is it too early to call them dates?) have allegedly lasted anywhere from two to three-and-a-half hours.

Lopez called the breakup, which happened in 2004, "probably my first big heartbreak" during an appearance on the Today show. 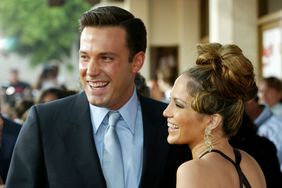 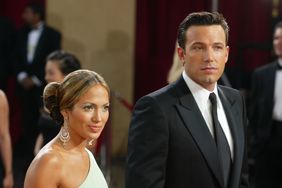