The couple has reportedly "talked about the past and why things didn't work out."

You know what they say: if something is meant to be, it'll come back to you. Well, Jennifer Lopez and Ben Affleck seem to be true believers in this sentiment because the recently reunited couple is feeling "hopeful" about their relationship this time around.

A source spoke to Entertainment Tonight, revealing that the pair is very much back together and really putting in effort.

"J.Lo and Ben are very much a couple and have been telling friends that they're together," the source said. "When they first reconnected, they had to see if the spark was still there because it had been a while. It was, so now they are both fully in it."

The couple - affectionately dubbed "Bennifer" during their early aughts romance - has reunited 17 years after they went their separate ways and called off their engagement in 2004. And the duo has reportedly spent a lot of their rekindled romance talking about where they went wrong in the past. The ET source said that Lopez and Affleck have "talked about the past and why things didn't work out."

"They are both hopeful about their relationship this time around and putting the effort in," the source said. "They have both matured and are on the same page and it has been easy."

They continued, "Jen is elated and really trusts Ben. Ben is more traditional and low-key in his values and Jen is into that. She likes that they can go on dates and have fun. She also thinks that Ben is extremely smart and has a lot of great input."

And while the "Let's Get Loud" singer trusts the Argo actor, the source believes she won't be jumping into business ventures with him anytime soon.

"J.Lo and A-Rod were always investing together and mixing business with their relationship and Ben is less into that," the source said. "They are just genuinely enjoying each other's company and having a great time. Jen is very supportive of Ben and his career, but she is also connected, successful and has her own life." 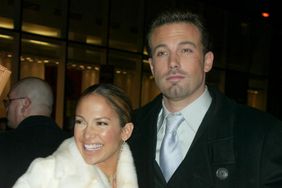 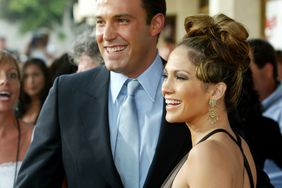