Forget Kourtney Kardashian and Emily Ratajkowski, Jennifer Lopez is the OG queen of nakedness. Always tasteful and chic, Jenny from the block has been schooling us on the art of the naked dress for decades.

As we wait for Lopez to dazzle us with her next head-turning look, scroll down to see J.Lo's nakedest red carpet looks from her oeuvre of couture greatness.

In a sophisticated take on the naked dress, J.Lo looked straight out of a fairytale at the 2021 premiere of The Tender Bar. She wore an elegant sheer Elie Saab baby blue gown for the occasion and appeared on the carpet alongside now-fiancé, Ben Affleck.

Jennifer had five costume changes during her iconic Super Bowl halftime performance with Shakira, but finished the show in a silver fringed Versace bodysuit with sheer paneling and embellished tights.

Lopez wore a crystal-embellished backless Georges Hobeika cream gown to the 2020 Critics' Choice Awards ,where she was nominated for her supporting role in the film Hustlers.

J.Lo was dripping in glitz at the 2019 Met Gala, themed "Camp: Notes on Fashion." She wore a backless Versace dress on the famous carpet that featured a plunging V neckline and a sky-high leg slit.

J.Lo made an outfit change at the Billboard Latin Music Awards and donned a silver halter gown (also by Julien MacDonald) that was littered with chest, side, and leg-baring cutouts.

The multi-hyphenate showed off her enviable curves in a sheer Zuhair Murad jumpsuit detailed with intricate embroidery.

Lopez rang in her 46th year in a Bao Tranchi midi dress with sheer panels and cutouts galore.

Lopez took to the stage in a completely sheer mermaid-cut gown by Charbel Zoe with beaded silver embellishments concealing her torso as well as the gown's hem and train.

Jenny from the block left little to the imagination in another sheer and silvery Charbel Zoe Couture gown that featured a massive ab-baring mesh panel.

Lopez sparkled in a sheer Zuhair Murad gown, which she wore layered over high-waisted tan underwear.

The actress looked red-hot in a fiery Donna Karan cape gown with slits reaching her waist. The dress's plunging V-neckline was balanced out by J.Lo's exposed legs.

Lopez hit the red carpet in a sheer gown with white floral detailing from one of her go-to designers, Zuhair Murad.

Perhaps her most naked look to date, Lopez channeled her inner Britney Spears while performing in a glittering nude bodysuit.

Lopez rocked the red carpet in this gilded Marchesa halter gown. In addition to a chest-baring halter neck, the dress was also backless.

Lopez ushered in a new millennium of envelope-pushing style in this plunging Versace gown.

Always a trendsetter, the Bronx native was embracing the sheer trend as early as 1998. Her black see-through gown was embellished with lots of sparkle. 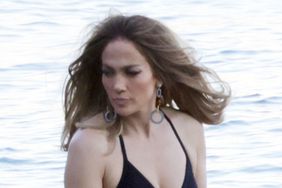 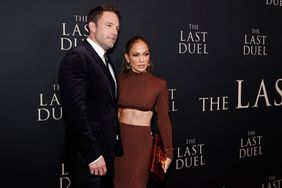 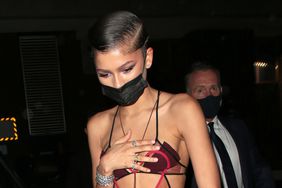 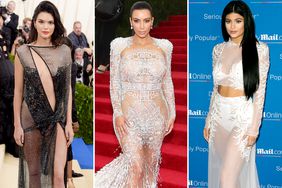