Hours before Jennifer Lopez was snubbed for an Oscar nomination for her role in Hustlers, she was at least given some credit at the Critics' Choice Awards — and not just for her acting.

J. Lo was also recognized by Fleabag’s star and creator, Phoebe Waller-Bridge, for serving as a tangential inspiration for one of the series's most-beloved characters: the Hot Priest.

During her acceptance speech for Best Comedy Series last night, the delightful British writer and actress acknowledged Lopez, who was nominated for Best Supporting Actress.

“This is a bit of a random shout-out, but you have no idea how you can accidentally inspire people just by doing your work," she enthused. "And somebody inspired this show in a way that she will never know, and that is J.Lo!"

“I decided that the Priest's favorite song was 'Jenny from the Block,' and it opened the entire character up for me," she continued. "So, I don't know where she is, but that's really genuine, so thank you, thank you J. Lo!"

Backstage, the Hot Priest himself, Andrew Scott, winner of the Critics’ Choice award for Best Supporting Actor, talked to reporters about Waller-Bridge’s comments.

“We needed to have something pretty idiosyncratic, something you wouldn't associate with a priest, for what a priest listens to!” he noted.

Always a class act, Lopez responded to Waller-Bridge via Twitter, and it was basically just a mutual love fest:

And while that Oscar snub may well be immensely disappointing to her, Lopez will also be receiving lots of worldwide recognition soon, with her Super Bowl performance right around the corner. This year, the big game will air one week before the Oscars — and honestly, there's no better pre-game for the Oscars than a blowout J. Lo performance for the ages. 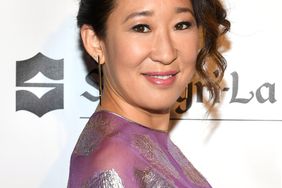