Jennifer Lopez has been known to wear heck out of a sweatshirt and a pair of leggings, so it's no surprise that when it comes to events, this style star doesn't hold back. J.Lo has been making us audibly gasp with her red carpet looks since at least 1997 (and definitely since 2000, when her belly-button-baring Versace gown first made an appearance) and there's rarely a moment when we aren't impressed or envious over what she's wearing.

It's hard to narrow down over 20 years of best dresses and gowns — there have been so many wins! — but somehow, we did it. Check out all the times Lopez solidified her title as ruler of the red carpet, whether she was wearing silver, animal print, or a sexy naked dress.

For the 2020 SAG Awards, Lopez went classic and elegant, wearing a black Georges Hobeika gown with a casual $9 million worth of Harry Winston jewels.

The star made quite the statement for the Emmy Awards, showing up in a Valentino gown that featured a big bow.

It was a power pose — and a whole lot of sparkle! — for the 2019 Met Gala Celebrating Camp: Notes on Fashion. J.Lo wore a silver, fringed Versace gown with a plunging neckline.

She sure likes the color silver. The Tom Ford dress she wore to the 2019 Oscars was right in line with J.Lo's signature style.

The star's Ralph & Russo Couture gown was straight off the runway, and she made sure to accessorize it with Niwaka jewels, a Judith Leiber clutch, and Jimmy Choo platform heels.

Say no to subtle. We have a feeling that's pretty much J.Lo's motto, especially after she wore this bright pink, tulle Giambattista Valli gown for the world premiere of Second Act.

This jaw-dropping, gem-encrusted Balmain gown that Lopez wore to the 2018 Met Gala was custom-made just for her.

Sleek, sexy, silver — this one-shouldered Versace gown from the 2018 MTV Video Music Awards is definitely one of our favorites.

At the Time 100 Gala, J.Lo opted to show a little leg in a Zuhair Murad Couture gown. She added even more shine to her look with some metallic Jimmy Choo heels and a Judith Leiber clutch.

Lopez wore another winning look to the NBCUniversal Upfronts, showing up in an off-the-shoulder Elie Saab dress with a knotted detail and a major side slit. She coordinated with a matching clutch, Narcisa Pheres and Le Vian diamond rings, and sky-high platform sandals.

This semi-sheer, blue Valentino gown featured a regal cape and made J.Lo look angelic. It was a top-notch choice for the Met Gala that year.

Hello, yellow! We're still swooning over this Giambattista Valli Haute Couture gown from the 2015 Golden Globes, which was perfectly accented with Harry Winston, Jimmy Choo heels, and a clutch by Judith Leiber.

No stranger to showing some skin, she wore a peek-a-boo sheer Charbel Zoe gown to the Billboard Music Awards.

J.Lo's Atelier Versace gown at the 2015 Met Gala was embroidered with a red dragon that wrapped around her body, giving a nod to the theme that year, China: Through the Looking Glass. Her accessories included a Swarovski clutch and jewelry by Sutra, Harry Kotlar, and Jack Vartanian.

For the 2015 Oscars, the choice was a whole lot of tulle, courtesy of Elie Saab.

Lopez made a dramatic entrance at the 2015 Golden Globes in a caped Zuhair Murad design that was styled with Stuart Weitzman shoes and Lorraine Schwartz jewels.

For the Vanity Fair post-Oscar party, Zuhair Murad was once again the winning choice, this time from the brand's 2015 Couture collection.

She struck a pose at a Fashion Rocks event, popping up on the red carpet in a sexy, cut-out Versace design and holding a Thalé Blanc clutch.

The 2014 Billboard Music Awards were red hot — mostly because of this caped Donna Karan bodysuit that featured floor-grazing panels as a skirt.

Sure, the black Anthony Vaccarello dress that Lopez wore to the 2013 Grammy Awards was nice, but she couldn't forget to show off those Tom Ford shoes with a full leg pop. The little extras were what made the look: Neil Lane for Forevermark and Norman Silverman jewels and a Jimmy Choo bag.

The star gave us glamour — and a bit of skin — at the 2013 Golden Globes, where she showed up in a lace Zuhair Murad gown and sparkly drop earrings.

Her sequined Zuhair Murad dress for the Vanity Fair afterparty incorporated the ombre trend, going from a dark plum shade on top to a lighter cranberry on the bottom

We have a feeling that this star really loves Zuhair Murad. She wore yet another sparkly number from the brand to the 2012 Oscars.

A cutout Emilia Pucci gown gave us a peek at J.Lo's abs at the 2011 BAFTA Awards.

Met Gala glam! We love how the color of this Gucci gown coordinated with J.Lo's lipstick, and, of course, those floral embellished shoulders made the look stand out.

This Armani Privé dress looked stunning at the Oscars, but we could easily see it being worn as a wedding dress, too.

Going for the gold — at the Golden Globes! — in Marchesa.

Lopez's one-shoulder Versace dress was sweet, but it was her drop earrings and large bun that stole the show at the 25th annual Night of Stars.

This empire-waisted Marchesa gown reminded us of ancient Greece, and J.Lo looked like a true goddess at the 2007 Oscars.

Why wear new when you can wear vintage? That was likely J.Lo's thought process when she stepped out in this gorgeous green throwback number by Rita Watnick.

Form-fitting, slightly sheer, and with a splash of metallic when it comes to accessories and shoes. The star stayed true to her go-tos while attending the UPN Prime Time UpFront.

Metallic and marigold proved to be the perfect color combination at the 2004 Golden Globes, where she walked the red carpet in a bright Michael Kors gown.

Lopez had a minty moment at the 2003 Oscars, where she showed up in a one-shouldered Valentino gown that featured material draped over her arm.

The sheer top, the flower, the dreamy '60s vibe — what isn't there to love about this look from the premiere of Enough.

The star looked like she stepped out of old Hollywood at the Oscars, wearing a pretty, pink Versace gown.

Yes, J.Lo's top from the 2000 MTV Awards does say Sean John. She, of course, paired it with bandana and an embellished silver belt.

The Versace dress that broke the Internet — and inspired a million recreations — popped up at the Grammy Awards at the start of the millennium.

A few years before Paris Hilton partied in a slinky silver dress, J.Lo wore a similar one to the launch of Notorious Magazine.

A full, strapless ballgown and a sparkly choker necklace made for the perfect princess moment at the 1999 Oscars.

Clearly, this woman isn't afraid of a statement-making accessory. She paired her suit with a large cowboy hat back at the 1998 MTV Video Music Awards.

This multi-colored look would go on to inspire others — particularly Sienna Miller's look from the 2020 Golden Globes.

For the premiere of Anaconda, Jennifer showed a little leg in a lacy brown number.

Early on in her career, the star went with sweet and classic, wearing a Badgley Mischka gown to the Oscars that year. 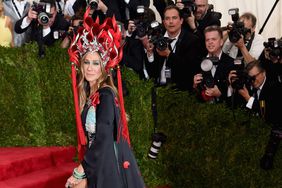 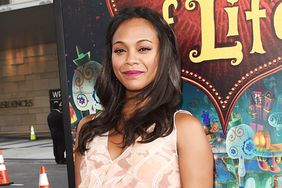