Jennifer Lopez is also moving to L.A. full time to be closer to the actor.

Their romantic Hamptons getaway has come to a close. On Wednesday, in photographs obtained by Daily Mail, Jennifer Lopez and Ben Affleck were seen arriving in Los Angeles, following their holiday weekend in the upscale New York beach town with the singer's twins Max and Emme and her sister.

After touching down, the reunited couple was seen hopping into the large white SUV (Is this their appointed couple car?). The Argo actor carried his bags to the SUV — though he must be a light packer because in tow was only a backpack and small duffle bag.

During their time in the Hamptons, the two were spotted on a stroll while practically twinning with their beige-colored athleisure. And at one point, the Oscar-winning actor was also seen outside of a bookstore with Lopez's daughter and her friend, and the three attempt to dodge paparazzi and fans on the sidewalk before getting into a large black SUV.

But just because their fun in the sun in the Hamptons has come to an end, the two are just settling in to their rekindled love. Things are starting to get serious, as the couple has introduced their children — they even enjoyed a day all together at Universal Studios Hollywood. And J.Lo is making the move to L.A., so the couple no longer have to travel back forth to spend time together. These big steps come just a couple months after they rekindled their early aughts love.

An inside source previously told Entertainment Tonight that Affleck and J.Lo "are both hopeful about their relationship this time around and putting the effort in. They have both matured and are on the same page and it has been easy." 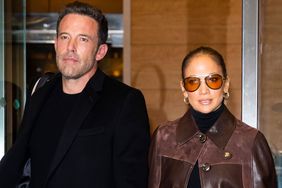 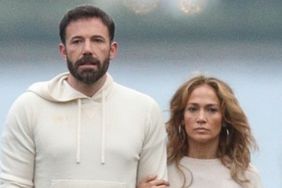 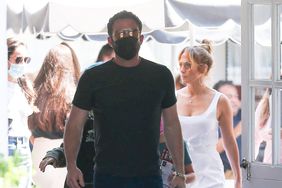