Dating douchebags ruined a lot of things for me, including Alias.

When I was in the fifth grade, I discovered something about myself that would inform both my free time and career choices for decades to come: I really, really like TV. Alias was the first show that absorbed my attention completely, whether I was watching, planning my Sydney Bristow Halloween costume, or learning morse code for my eventual job as a CIA field agent. (I’m scared of flying and bad under pressure — the CIA has yet to reach out.)

Alias, like any successful early aughts drama, has a will-they-won’t-they (but OK we all know they will) couple at its core: Bristow (Jennifer Garner) and Michael Vaughn (Michael Vartan). And in the vein of popular fictional early aughts couples, the actors dated off-screen as well. For me, an 11-year-old ordering Alias-related magazine clippings on eBay, Garner and Vartan’s relationship was the greatest gift I could’ve asked for — you know, aside from a certain red wig and, say, page 47 of the Rambaldi prophecy …

Given the nature of their jobs, Sydney and Vaughn understood each other in a way few others could. Also, they were both really hot. Off-screen both of these things were still true.

But, not unlike Merrin Dungey’s series arc, the relationship was unfortunately short-lived. About a year after news of Garner and Vartan’s IRL relationship broke in the summer of 2003, their split was confirmed. I learned of this after the fact, and it was difficult for my tween brain to comprehend. Matters were further (emotionally) complicated for me when I discovered that Garner was currently dating Ben Affleck, a man of whom I knew little except “has dated other famous Jennifer,” “knowingly agreed to star in Gigli,” and, most importantly, “is not Michael Vartan.” Sydney and Vaughn were meant for each other, so obviously the actors who played them were too, right??

I spent years following Affleck and Garner’s 2015 split quietly praying for the [Alias] stars to align and the exes to reunite. In 2018, my hopes were dashed when Vartan straight up told E! he and Garner would not be getting back together. “If it didn't work once, there's a reason it didn't work,” he said, clearly negating everything Sydney and Vaughn went through (her fake death, his fake death, his marriage to an evil double agent working for the enemy, etc.). Sometimes you have to make it work, Michael.

Anyway, when Alias landed on Amazon Prime a few months ago, I decided it was the perfect time to indoctrinate my boyfriend in the hopes of one day getting matching Rambaldi tattoos together (he’s not down — DM me if interested). Though I’ve seen the series many, many times, I hadn’t done so since we entered the streaming era and my memory was rusty. So … what did I learn? Well, first off, VAUGHN IS A JERK. He’s a dull mansplainer who never admits he’s wrong (despite ALWAYS BEING WRONG) and picks fights with the greatest father of all time, Jack Bristow (Victor Garber). He married a stranger about a minute after learning of Sydney’s “death,” knowing full well that about 90% of characters who “die” in Alias are not really dead. He’s the kind of guy who spreads his legs while sitting on the subway and gives you a dirty look when you make eye contact. He does not deserve Sydney — not in 2001 and not in 2020.

I suppose everyone’s view of romance has changed a bit since the early aughts, especially those of us who were in elementary school at the time. But this discovery was something of a heartbreak for me.

So, yes, Garner and Vartan’s breakup broke 11-year-old me. But my 26-year-old self has learned (the hard way) what a fuckboi looks and sounds like, and Michael Vaughn, your cover has been blown. 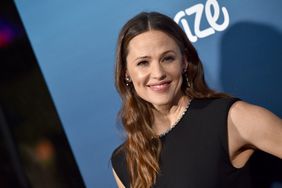