We’re revisiting the last decade in the lives of our favorite Jennifers. Next up, Garner, who had a busy 10 years, to say the least.

Between welcoming a third child, getting a divorce, and becoming an Instagram icon, Jennifer Garner’s had a memorable (albeit challenging) decade. But through the good and bad, the 47-year-old actress has maintained her sunny demeanor (and flawless skin — here’s looking at you, Neutrogena partnership). Garner and her skin are glowing examples of Hollywood perseverance through a decade that wasn’t always kind.

Scroll down for Garner’s decade in review.

Career: Garner kicked the decade off with a critically panned ensemble rom-com, Valentine’s Day. Her film career continued to flounder with appearances in the Russell Brand-starring Arthur remake, and another ultimately unsuccessful ensemble comedy, Butter. However, by the end of this period things were looking up — Garner turned in a solid supporting performance in awards darling Dallas Buyers Club, and that same year she was named the face of Max Mara.

Personal: In 2012, Garner and then-husband Ben Affleck welcomed their third child together, a son named Samuel.

Fashion: Garner leaned into jewel tones and classic silhouettes in the early 2010s.

Career: This period was marked by a few more middling projects in which Garner played the archetypal wife and/or mom (see: Men, Women & Children, Alexander and the Terrible, Horrible, No Good, Very Bad Day, Danny Collins, Miracles from Heaven).

Personal: After ten years of marriage, Garner and Affleck announced their separation in June 2015. During this period, Garner was also appointed to Save the Children’s board of trustees — she’s worked with the organization since 2009.

Fashion: Garner took a somewhat uncharacteristic step toward darker hues at this time.

Career: This period appeared to mark Garner’s triumphant return to projects that deserved her, with a touching turn in Love, Simon, an action-packed callback to her Alias days in Peppermint, and the lead role in HBO’s Camping. Unfortunately, both Peppermint and Camping failed to live up to hype. Regardless, it was nice to see Garner break out of her cinematic comfort zone for a beat. But critical success aside, Garner earned her star on the Hollywood Walk of Fame during this period. The occasion marked a rare moment in which all three of her children were out in public with the actress.

Personal: More than three years after announcing their separation, Garner and Affleck finalized their divorce. Soon after, Garner was linked to Cali Group CEO John Miller. But the most objectively important moment in Garner’s life during this period was when she blessed us all with her quirky Instagram presence. Jen and her chickens deserve a platform!

Fashion: Garner began taking more risks in the later years of the decade. She experimented with textures (velvet!), bold colors (cobalt!), and even a pantsuit or two.

The Decade to Come

Garner has several exciting projects in the works, including My Glory Was I Had Such Friends, a limited series that will reunite the actress and Alias creator J.J. Abrams. Garner’s currently shooting Netflix comedy Yes Day, and is attached to STX musical Fantasy Camp.

TBT: Heidi Klum Told Seal She Was Pregnant After Their First Date
Jennifer Garner Has Been Wearing the Same Sweet Yet Simple Outfit for 22 Years 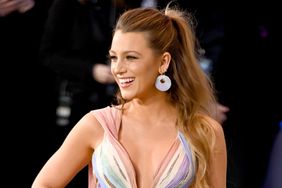