She opened up about the catharsis of playing someone as famous as she is.

Jennifer Aniston opened up about what it was like to play a character who's just as famous as she is. In an interview with the Los Angeles Times, the actress revealed that playing Alex Levy on The Morning Show was like "20 years of therapy wrapped into 10 episodes" for her.

In the Apple+ show, Alex Levy is a super-famous morning show host, whose personal life is scrutinized and picked apart by the public, something Aniston can certainly relate to after decades in the spotlight.

"[It was] interesting for me to look at how I always have tried to normalize being fine and 'everything’s great, you know, this is all normal,' and then there are moments when you have your private breakdown," she said. "...To actually look at it from an actor brain observing it and acknowledging it, I had to look at it as opposed to pretending it doesn’t exist."

Her ability to relate to Alex is likely the reason she gave a performance that won her several awards, including an Emmy and a Golden Globe.

RELATED: Jennifer Aniston and Brad Pitt Are Reuniting For a New Project

While The Morning Show is still getting buzz after recent Emmy nominations (including one for Aniston), the actress has another project in the works with none other than ex-husband Brad Pitt. The two actors will reunite for Dane Cook's Feelin' A-Live, a virtual table read of the 1982 film, Fast Times at Ridgemont High Friday at 8 p.m. ET on CORE's Facebook page. 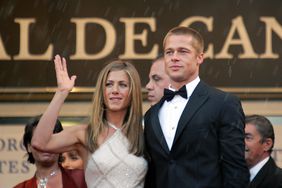 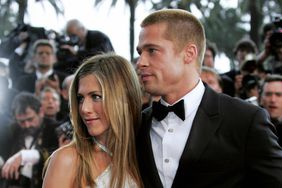