Beyoncé's last stop on the Formation World Tour was in New Jersey last night, and she went out with a fierce, sparkly bang (we expected nothing less). For the final concert, she brought two special guests along to thrill the crowd: husband Jay Z and bestie Serena Williams, who starred in the "Formation" music video alongside Queen Bey.

While the 35-year-old singer slayed in her usual arsenal of sparkly body suits, her husband opted for one of his signature low-key outfits. He wore a black T-shirt, black jeans, and several gold chains as he took the stage to perform. Then, it was tennis star Serena Williams's turn. The 35-year-old athlete donned a black bodysuit with lace details and sparkly black fishnets to make her guest appearance. Her hair was slicked back on top, but left natural in the back for a fierce, Beyoncé-inspired look. Williams posted a few pictures of her look on Instagram, writing "Not Sorry @beyonce."

Jay Z and Williams may have been the only stars who took the stage, but there were plenty of other celebrities in attendance. The ladies from the hit show Orange Is The New Black were in the crowd, and so was rapper DJ Khaled and actor Hugh Jackman. 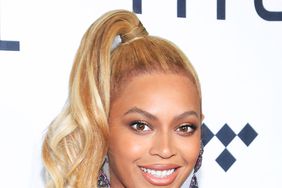 Beyoncé Reps Ivy Park on Night Out in N.Y.C. 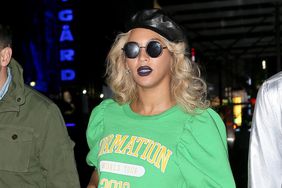 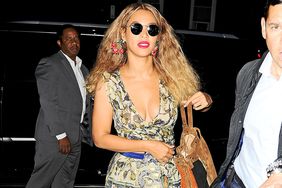 Beyoncé Slays in a Boho Getup for Date Night in N.Y.C. 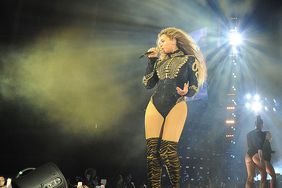 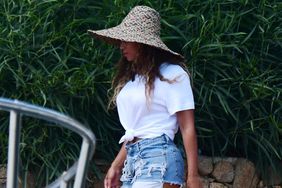