In 2011, when Janet Mock was about five years into a successful career as a magazine journalist at People, she decided to reveal her story about being a transgender woman. That piece, published in Marie Claire, was a total game changer. Three years later, that story became a book, Redefining Realness, which then became a New York Times best seller. In that moment as a journalist, author, and activist, she was selected by Hollywood heavyweight Ryan Murphy (of Glee and American Horror Story fame) to pivot into television. Mock’s work on the 1980s-era series Pose, airing now on FX, made her the first trans women of color to write, produce, and direct for television.

None of this would have happened, she says, if she didn’t allow herself to step into fear. “Writing my own story was the first step for me to be able to find my actual purpose and career path.”

What makes a badass: "I think a badass woman is someone who knows who they are, knows what they want, and does not compromise their ideals, views, or perspectives in order to fit into any space. It means wholly coming from a place of authenticity and truth," says Mock. "I really began doing that as a 12-year-old. It sounds crazy, but that's when I decided to not only recognize the truth that I knew about myself but then to go out and never compromise that truth in order to be let in anywhere."

Best advice: "The biggest thing is don't be afraid of change. There's room for growth and greatness when you're able to face your fears," Mock says. "Writing my own story was the first step for me to be able to find my actual purpose and career path. I was very afraid when I took that first step at 26 years old, after becoming an editor at People, to come forward. I left the world of writing about celebrities behind and actually centered myself in the narrative. That really changed my entire life. Then, after becoming an author, I got a call from Ryan Murphy who said, 'I need you to come to Los Angeles and leave the world of books behind and write for television, something you've never done before. But I believe that you can do it.' And again, I was afraid. And then he said, 'Oh, and I'm going to make you direct an episode next month on television.' Needless to say, I was freaked out."

A new career in television: "It has come very naturally to me," Mock says of moving into a television career. "I wouldn't say that it's easy because it's a different muscle, but people have always said that my books are kind of cinematic. It’s interesting to write and tell stories in a different way. With television you are collaborative from the start; you sit in a writer's room and pitch ideas. Then the best and strongest ideas win, and then you go and do the solitary work of actually writing a script." The first episode Mock directed was shot in nine days. "In order to learn how to do that, Ryan sent me to boot camp. I went to New York and sat with Gwyneth Horder-Payton, who has directed countless hours of television. She was my mentor throughout this process, as was Ryan."

Essential mentorship: "Having mentors is vital," says Mock, who advocates for asking for help when you need it. "I told Ryan that right away, so by saying that I needed resources to be able to do this well, I think I got what I needed. I got a mentor, I got an advisor, and I got an entire team of people who are looking to help me succeed in something I had never done before."

How Serena Williams Feels About Motherhood and the Pressure to Perform

The biggest obstacle: "At the end of the day the hardest part for me is facing a blank page," Mock says. "To face that void, I think, takes great vulnerability. Any time a woman sits down with herself to tell the truth, it's a revolutionary act. And so for me, I have to be okay with that fear. My mindset is, 'There may be nothing on this page right now, but you are enough, and you can fill it.'”

Proudest achievement: "I have been able to find my own personal sense of contentment and success, and as I do it, I am keeping the door open for other girls too. It's not just enough for me that I am the first. I want to make sure that I'm not the only. I'm trying to build a legacy so that other girls know that they, too, are deserving of being seen and heard, of all of the things that they want and desire and work towards." 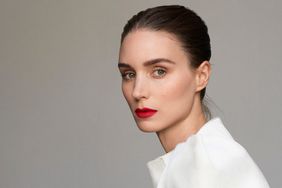