If you ever needed proof that 80 is the new 20, just take a look at Jane Fonda.

With every year, the Oscar winner—who turns the big 8-0 Thursday—manages to up her fashion game. And according to her stylist, Tanya Gill, she won’t be retiring her rainbow brites or cutouts anytime soon.

“When I style Jane, her age isn’t even a part of the equation,” says Gill, who has dressed the actress since 2010. “She epitomizes the modern woman and nothing she wears ever really dates for that reason. It’s always more about what will suit her personality.”

Though she’s been walking red carpets for over five decades, Gill says that Fonda is still always willing to try something new in their fittings. “She has such great instincts,” says Gill. “Her choices reflect her boldness. That’s why she likes to embrace so many different colors and styles—it’s a way to show who she is.”

Fonda made major fashion waves this year alone, literally stealing the show at L’Oreal’s fashion presentation in Paris this fall by walking the runway in a sexy, suede tiger-print Balmain gown—and pulling it off better than most 20-somethings we know.

“Oh, Jane loved that dress,” recalls Gill. “We got it sent over in a sample size and it fit her perfectly, like boom. We just zipped her up in the back and she put on some boots to go with it. Honestly, that was it!”

And it’s that effortless spirit that has made the star’s style so iconic. From her smoldering Balmain emerald green jumpsuit at the 2015 Grammys to her Barbie pink Brandon Maxwell column at the 2017 Emmys, Fonda leaves no fashion stone unturned. “She’s a trailblazer in many aspects of her life,” adds Gill. “So it kind of figures that she also pushes boundaries of the red carpet.”

Happy 80th Birthday, Jane! Keep scrolling to see her best looks of all-time, and get inspired by one of the best trailblazers in the business.

“This was so bold and modern and so Jane,” says Fonda’s stylist Tanya Gill. “With everything going on in the world, we wanted to present a bold image. We could have just done the pink dress with white diamonds and it would look very Marilyn Monroe from Some Like It Hot, but I searched high and low for the most interesting emerald jewelry by Gismondi 1754.”

2013: In ATELIER VERSACE at the Academy Awards in L.A.

“This was a major moment. I think it was one of the first really bold colors we did together. It had this wonderful gold embroidery and defined geometric waist, with very sharp shoulders. Stunning.”

2016: In YVES SAINT LAURENT COUTURE BY HEDI SLIMANE at the Golden Globe Awards in L.A.

“When we first saw this dress, there were different colors of it. There was a gold one and other shades too. The ruffle was much wider at first, so we worked with the Saint Laurent team to fine-tune it to this beautiful, undulating ruffle, so that it didn't look clown-like, but sophisticated. We really treated that dress like a piece of art. And Jane loved it.”

“This look is iconic, isn’t it? You have to have a lot of confidence and poise to pull of a green jumpsuit, and she has it. With the four-inch thick leather belt, and the dripping gold waterfall necklace, it was just so surprising and dynamic on her.”

2013: In ATELIER VERSACE at the Cannes Film Festival première of Jimmy P.

“Jane knew Gianni Versace in the '80s, so she's had a long history with that brand. Now we work a lot with Donatella. When you look at the interior structure of a Versace garment, the craftsmanship is incredible. That kind of perfect fit gives a level of confidence when you're in front of millions of people.”

“Obviously, with Jane being the workout queen for all her life, I think about how something will fit her amazing body when I’m pulling clothes for her. There’s a defined waist in all of her looks.”

2017: In BALMAIN at the L'Oréal fashion show in Paris

“This dress was the most beautiful suede appliqué and it had a big, bold zipper up the back. There's always a surprise on the back on Jane’s dresses because she’s photographed at all angles.”

2015: In ATELIER VERSACE at the Golden Globe Awards in L.A.

“For awards season, we'll have sketches done and fabrics sent over from a few different designers. We really get into the design process and love to collaborate on her looks.”

2011: In ROBERTO CAVALLI COUTURE at amfAR's Cinema Against AIDS Gala in Antibes, France

“Jane is very definite in her choices and she knows what looks great on her body. We don't have racks and racks of clothes. We have a few great choices and it's always like, ‘Which is going to be the best one this time?”

2013: In BADGLEY MISCHKA at the Cannes Film Festival première of Inside Llewyn Davis

"Jane has tried every color of the rainbow. At fittings we joke, 'Are there any new shades left to work with?' She's a bold, beautiful person, and color just happens to enhance her personality.”

2012: In ATELIER VERSACE at the Cannes Film Festival première of Moonrise Kingdom

“With Versace, everything is just so beautifully thought out. Not only is the design always right for her, but also the colors and the fabrics that they send from Milan always end up being perfection.”

2014: In ELIE SAAB at the Rape Foundation's annual brunch in L.A.

“We’ve done lots of amazing Elie Saab looks because Jane always loves them. The tailoring, the detail, the embroidery, the colors are always wonderful on the dresses. And then we've done many jumpsuits too, in mint green, in taupe, and in mauve.”

2012: In ROBERTO CAVALLI COUTURE at the Cannes Film Festival première of Madagascar 3

“Formfitting looks have always been her trademark, but lately she's added fun elements like cutouts, ruffles, and sequin embellishments into the mix. She is confident in her choices, which is why she can always pull them off."

2015: In ATELIER VERSACE at the Cannes Film Festival première of The Sea of Trees

“A lot of her looks are like a piece of art. She loved the way that the cutouts on this Versace gown went across her body. It was very sculptural and asymmetrical.” 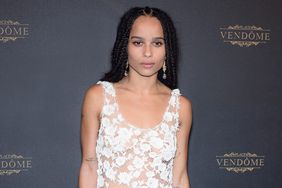 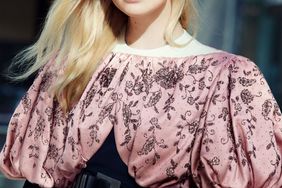