The agents resorted to porta-potties and even the Obamas' nearby bathroom.

If you were looking to read less chaotic news this year, I am sorry to report you have come to the wrong place. It seems that the final days of the Trump administration has only drummed up more wild stories, like this Washington Post doozy about first daughter Ivanka Trump and her husband, Jared Kushner — which somehow, but also unfortunately inevitably, includes the Obamas.

According to WaPo, since September 2017, the federal government (read: U.S. taxpayers) has been spending $3,000 a month (more than $100,000 to date) to rent a basement studio, with a bathroom, from a neighbor of the Kushner family. Why? Because Secret Service agents were instructed not to use any of the six-and-a-half bathrooms in Jared and Ivanka's home, while said agents were assigned to protect them.

WaPo reports the agents spent "months" trying to find a toilet to use on the job, resorting to a porta-potty, as well as bathrooms at the nearby home of former president Barack Obama and the "not-so-nearby" home of Vice President Mike Pence. That apparently was all well and good for a while — the agents used a bathroom in a garage at the Obamas' house, which the family did not use, and so the extra traffic was no problem.

However, that solution didn't last long — a Secret Service supervisor from the Trump/Kushner detail left an, uh, "unpleasant mess" in the Obama bathroom, prompting the leaders of the Obama detail to ban the agents from ever returning.

Agents then had to rely on bathrooms at Pence's home a mile away, and, law enforcement officials told WaPo, if they couldn't make it through the car ride, would rely on nearby businesses.

"It's the first time I ever heard of a Secret Service detail having to go to these extremes to find a bathroom," said one law enforcement official.

Hence the studio, which agents rented from Kay Kendall, chairwoman of the D.C. Commission on the Arts and Humanities, who owns a home across the street from Trump and Kushner.

"I think it was very clear that they just needed a place to take a shower, take a break, use the facilities, have lunch," Kendall told WaPo. "I'm happy to be able to have helped them."

A White House spokesperson denied that Trump and Kushner restricted agents from their home, claiming it was the Secret Service's decision not to allow the protective detail inside. However, a law enforcement official familiar with the situation, who said the agents were kept out at the family's request. 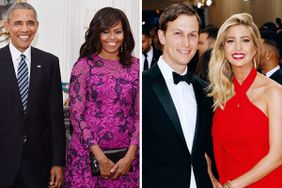 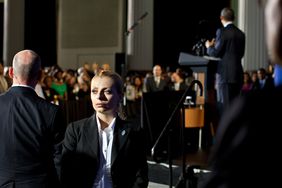 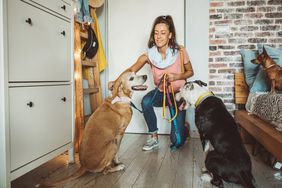