And there's even a Bradley Cooper cameo.

Irina Shayk and Bradley Cooper welcomed their daughter Lea four years ago, but the parents have managed to keep their tot out of the spotlight ever since. Until today. In a snapshot showcasing a look from Ricardo Tisci's latest collection for Burberry, Shayk shared a snapshot — in true Hollywood fashion — that showed a tiny glimpse at little Lea.

Shayk posed in a look from Burberry's Autumn/Winter 2021 collection, which made its virtual runway debut today. In the photo, which features a crop top and a statement-making coat from the collection, Lea can be seen hanging from her mother's hand. Like many celebrities prioritizing their kids' privacy (see: Mindy Kaling, John Krasinski and Emily Blunt, and Kristen Bell and Dax Shepard), she's out of the frame. Another detail that fans picked up on right away? The photo credit, which simply says "daddy." That daddy would be none other than cooper.

"My dream for @riccardotisci17 @burberry. 📷 by daddy," Shayk wrote alongside the photo.

Cooper and Shayk separated in June 2019 after four years together. Shayk gave birth to Lea in 2017. Shayk has spoken about the relationship — and parenting with an ex — in the past.

"My past relationship, it's something that belongs to me, and it's private," Shayk told Elle. "It's just a piece of my inner self that I don't want to give away. I don't read what is out there. Honestly, I'm too busy raising a child. If they want to write articles [about me], they're doing their job. I'm concentrating on my life and my friends. The rest is just noise."

As for co-parenting, Shayk said that she and Cooper don't adhere to any labels when it comes to Lea, saying that parenting, in any form is a job 100% of the time. 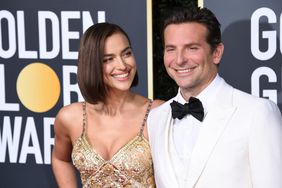 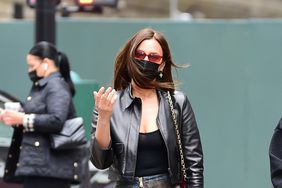