A sexy take on a classic.

If we learned anything over the past year, it's that skin is in. Even the most timeless of wardrobe staples are getting slinkier, shorter, sexier, and in some cases, shredded — and that includes the little black dress.

Wearing the 2022 answer to the LBD, Irina Shayk was spotted out during London Fashion Week in a long-sleeve black gown with a series of circular cutouts that began at the neckline and extended all the way down to her midriff. The cutouts even had cutouts, as the fabric of the dress was held together by tiny rings with openings of their own. There were similar cutouts on each arm, as well as in the back.

Irina kept her accessories simple and added a sculptural cocktail ring, hoop earrings, and a sultry red lip. Her brunette hair was worn down and slicked behind her shoulders.

"Her in her dress," she wrote on Instagram, tagging Burberry and the brand's creative director Ricardo Tisci.

Irina is seemingly Tisci's new muse. The pair stepped out together several times over the weekend, and the supermodel was the star of Burberry's spring/summer 2022 campaign, posing in everything from a cow-print skirt suit to elf ears. "It is an honor to work with 🖤 @riccardotisci17 who is never afraid to push the boundaries, be different and express his creativity," she wrote about their recent collaboration on Instagram. "Always the first!" 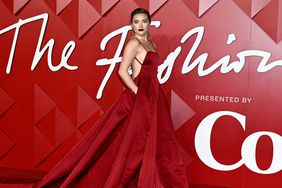 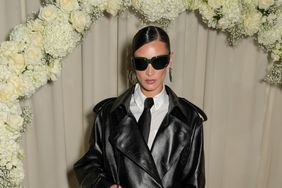 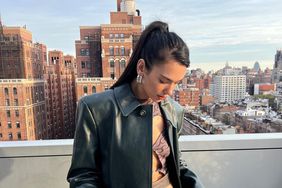 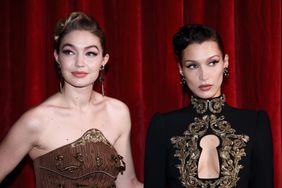 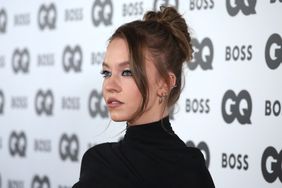 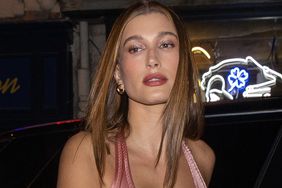