talked to twelve of the hottest stars in Hollywood for June's Sexy issue. Pick up a copy to find out who and what turns them on, and read on for online-only tidbits!

"Everyone is capable of being sexy," says Hensen. "I don't need any help-I dance to my own beat, I'm always in my sexy state of mind."

"When I watch my wife dance, that's hot," says Baker. "She's a great mover-at ease and confident at the same time. How can that not be sexy?"

"I like spicy food-it's sexy," says Adams. "You get all sweaty and your nose runs. It's hot!"

"When my ex was pregnant with my angel, it was so damn sexy," says Tyrese. "Just the idea that we've created something together and it's on the way into the world."

"When someone is really confident, aware of themselves and assured, it's sexy," says Applegate. "People trying to be sexy is the least sexy thing on the planet."

"New York is sexy-that's a no-brainer," says Speedman. "It epitomizes it, never sleeps, it's up all night."

"Jimmy Stewart makes my heart patter," says Hendricks. "My fiance reminds me of him and he can do a perfect imitation. I'm like, 'Do it! Do it!' and he'll do it. 'You want the moon? I'll lasso the moon for you!' I feel pretty lucky, I have to say."

"I've always had a thing for older women. I think it has to do with that level of confidence and where they are in their life," says Schreiber. "Maybe that's why success is such an aphrodisiac."

"There's nothing sexy about doing a nude scene-there's a liberation about it," says Mirren.

"When women can cook, that's always good!" says Jonas. "Guys like to eat and it's a way of showing how they feel about the other person that they took the time out of their life to learn to cook."

"I love pinups," says Perry. "I've taken a lot of direction from those girls in cute little outfits caught in flirtatious situations-with a dog leash tangled around their legs and their skirts blowing up."

"The shocking thing is how normal and down-to-earth I am," says Crawford. "This actress said, 'God, you had every opportunity to be one of the biggest douchbags,' and I was like, 'That's one of the biggest compliments I've ever gotten!'" 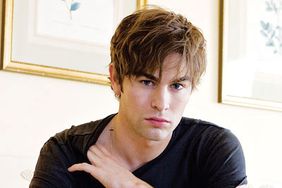 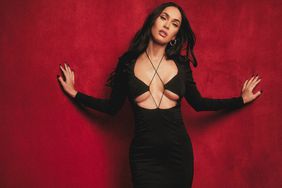