By staying true to who she is, actress and fashion magpie Hunter Schafer has emerged as the most exciting new face on TV

Whoever says overnight success doesn’t exist clearly didn’t watch the first season of Euphoria on HBO last summer. Before the show premiered, we were living in a world without Hunter Schafer. Now the zeitgeist can’t get enough of the gorgeous 21-year-old trans model and actress, who looks as if she’s the androgynous love child of Tilda Swinton and David Bowie.

In the show, Schafer plays Jules Vaughn, a transfeminine high school student who befriends slash has a romance with her classmate Rue Bennett (Zendaya), a 17-year-old addict just out of rehab. Euphoria marked Schafer’s first foray into acting after she responded to a casting call on Instagram. It wasn’t until filming started on the sixth episode or so that the former runway model (she has walked for Miu Miu, Dior, and Marc Jacobs) finally realized she could do it. “I’m comfortable with this,” she recalls thinking. “I know Jules.”

Telling stories that mirror her own journey was certainly part of the allure. “As someone who holds a lot of privilege, I definitely have the trans community on my mind,” Schafer says. “I want to use what I’ve done as a pathway for others.”

As for Euphoria’s graphic nature — one particularly intense episode features a younger version of Jules being checked into a mental institution, a sequence reportedly based on creator Sam Levinson’s childhood — Schafer doesn’t try to sugarcoat it. “Usually I’ll just say it’s a show following a group of high schoolers navigating love, sex, drugs, violence, etc.,” she says. “But I’ve had friends say they can’t watch. It might be triggering for them, and — hell, yeah — I understand. It’s not for everyone.”

Among those who were perhaps nervous to watch the finished product was her family back in Raleigh, N.C. While Schafer’s three younger siblings all loved it, the racy subject matter could certainly rattle the most liberally inclined parent. Fortunately, her mother and her father, a longtime pastor at Hudson Memorial Presbyterian Church, were equally supportive. “They watched it, and they’ve been really great,” Schafer says. “Though I don’t think it’s the kind of thing they’ll watch again.” Schafer admits she likely won’t be, either. It was hard enough to see herself onscreen once.

But that won’t stop her from stepping into Jules’s stylishly scuffed combat boots again when Euphoria returns for a second season this year. Though Schafer hasn’t seen any of the new scripts, she is in constant communication with Levinson, usually to send him music that she thinks would be good for the show. “Music is actually a very private thing for me,” Schafer says. Drawing and painting are also modes of meditation. They help alleviate her anxiety, something she has been working through since adolescence.

“Anxiety is a hard thing to describe,” she admits. “It’s a never-ending journey, figuring out how to reconcile some of that. Making art is definitely what I’ve used to find peace. It allows me to take something that I’m holding on to and release it in some way.”

Given her modeling background, Schafer has an artistic eye that extends to fashion as well, although she saves her most-transformative looks for red-carpet outings. One night it could be a pearl-encrusted skirt suit from Christopher Kane (paired with pearl face jewelry, naturally), another a black fringe halter dress by Loewe or a bold graphic cocktail dress by Mugler.

“I like the cross section of art and fashion,” Schafer says, noting that she favors outré labels such as Comme des Garçons, Rick Owens, and Hood by Air. “You have more room to breathe when you’re not thinking about who you’re marketing to or how many pieces you’re going to sell. The designer sees a void in the world of fashion that they want to fill. They’re making these pieces because they are pushing themselves to do it. It’s much closer to art and more exciting than something that’s based off a trend forecast.”

One bonus of Euphoria’s doing so well is that Schafer is “actually able to afford things now.” Though the local Goodwill is a personal favorite. “The ones in North Carolina are better than the ones here in Los Angeles,” she says. “Not as picked through. I’ve found Comme des Garçons there for $5.”

Staying low-key off-screen also helps her to navigate her newfound fame — whenever she’s dressed-up, she gets recognized. (Jules Vaughn was a popular Halloween costume last year.) And forget about shopping at any Gen Z locale. Since the release of Euphoria, Schafer has had to rethink where she gets her undergarments after trips to Urban Outfitters resulted in her being mobbed by fans.

“It’s kind of crazy,” she says, shaking her head and letting out a quick laugh. “But if you have any ideas of where I should get underwear and socks, let me know!” 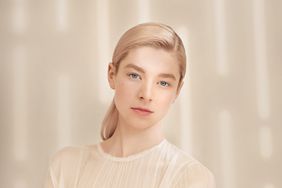 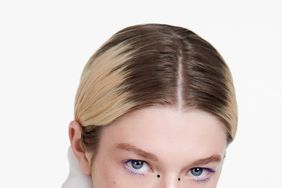