Selena Gomez is one of the hottest musicians in the business—not to mention the most followed celebrity on Instagram—but if you’re a Selenator, you’ll be disappointed to know that the singer has been snubbed for years at the Grammys. In fact, she’s never even earned a single Grammy nomination, never mind taken home one of the coveted trophies.

Yup, Gomez’s hits like “Same Old Love,” “The Heart Wants What It Wants,” “Hands to Myself,” and “Kill 'Em with Kindness,” were all passed up for Grammy noms. This year, the singer’s songs “Wolves,” “It Ain’t Me,” “Fetish,” and “Bad Liar” were also snubbed, despite being some of the year’s most-played singles.

In fact, Gomez has only attended the Grammy Awards twice in her prolific career: Her first Grammys red carpet was back in 2011, and she attended once more in 2016 alongside her BFF Taylor Swift. That year, Swift took home the award for Best Music Video for “Bad Blood,” which starred a number of her famous friends, including Gomez. That comes pretty close to a Grammy win.

Tune in to the 2018 Grammy Awards on Jan. 28 to see who wins, and keep your eye out for Gomez’s name on next year’s list of nominees. Considering she’s putting in some hard work in the studio, here’s to hoping her upcoming album gets a nod or two. 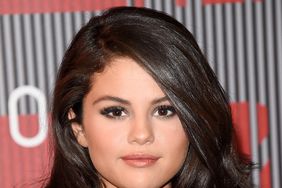 Selena Gomez Admits That Her Gorgeous Hair Is "Very Fake"