Gabrielle Union reportedly complained to NBC about a racist joke he made while she was on the show.

While NBC is conducting a comprehensive investigation surrounding the reportedly toxic culture at America’s Got Talent, former celebrity judge Heidi Klum has nothing but positive things to say about working on the talent competition series for the past six seasons.

After the Television Critics Press Tour panel for her new Amazon fashion competition series Making the Cut, Klum addressed the controversy surrounding former AGT judge Gabrielle Union, who allegedly said she was fired for speaking up about racist comments that were made on set.

According to a report in Variety, Union reportedly also received complaints that her hairstyles were “too black.”

“I’ve only had an amazing experience,” emphasized Klum. “Like, I can’t speak for her, I didn’t experience the same thing. To me, everyone treats you with the utmost respect. I’ve never seen anything that was weird.”

She continued: “I was there for six years and I loved it. Of course, there is always this cat and dog fight, but this is fun,” she noted. “For me, being on television, I want to entertain people, I want people to have a good time, I want people to go away from their life for like two hours and just have fun and enjoy.”

Klum also defended Simon Cowell’s “humor” after Union reportedly complained of a racist joke he made on set. While discussing his behavior with reporters, Klum gave an example of a type of “joke” that the 60-year-old Brit would make about the stereotypical cattiness of women.

Gabrielle Union Breaks Her Silence Amid America's Got Talent Controversy

"If there's a girl on stage and she's a beautiful girl … and I [say], 'I didn't love the act so much, I think you're gorgeous and this and that,' and he’s like, 'Meow!' I think that’s funny, because I understand the joke, because normally girls are catty and it’s like, 'Oh, maybe I don't like the girl on the stage because she's beautiful,'" she said. "But, like relax! It’s a joke." 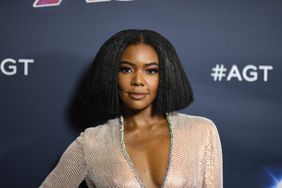 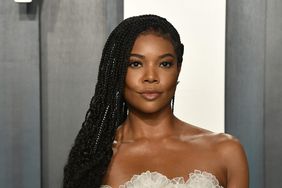 Bradley Cooper Finally Talked About Those Lady Gaga Romance Rumors
It's Been 10 Years Since Rebecca Black Released "Friday," and the Internet's No Kinder to Young Girls 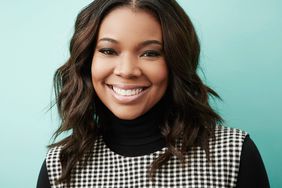 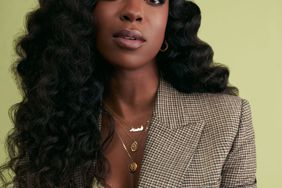