Haylie Duff is constantly sharing creative recipes on her blog The Real Girls Kitchen, but it’s offline in her own kitchen where the star’s biggest fans, fiancé Matt Rosenberg and one-year-old daughter Ryan, get to test out her recipes firsthand. “I end up making stuffed shells for my family a lot because they’re my fiancé’s favorite,” Duff recently told InStyle when we caught up with her at the New York City Wine and Food Festival. “I definitely play to my audience quite a bit.”

That includes catering to her daughter, who’s already developed an advanced palette at her young age. “She really loves salmon, and she eats it all the time,” said Duff. “She also loves lentils made in the slow cooker with all kinds of vegetables in it. It sounds like I’m making this up, but those are really her two favorite recipes.” (Check out her kid-friendly recipe for lentils and stewed tomatoes and her recipe for salmon skewers on her blog.)

Duff couldn’t be happier that Ryan is a fan of such grown-up dishes. “I’m thrilled about it, quite honestly,” she said. “She loves all kinds of snacks and crackers, too—and she’ll for sure get down on some mac ’n cheese. But for now, the only thing that she says ‘Nom, nom, nom’ to is salmon.”

While Ryan opts for seafood, her mom prefers poultry. “My favorite meal is chicken with shallots, bacon or pancetta, lime, lemon, and some olive oil,” she said. “It’s flavorful comfort food that reminds me of growing up in the South and the way that my mom and my grandmother cooked. Plus, it’s made in one skillet and doesn't require a lot since it mostly includes ingredients that you normally have in your refrigerator.”

For Duff, the ability to whip up a meal without making an extreme effort is key. “I’m really into easy cooking, so I love one-skillet dishes,” she said. “If I can make a meal in one dish and then throw that dish in the sink and wash it really easily, that tends to be my favorite way to cook.” 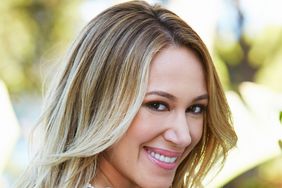 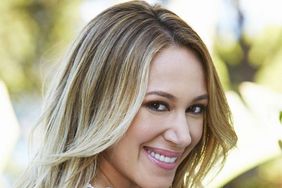 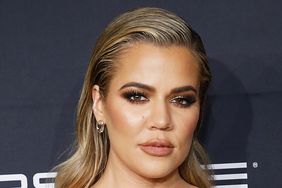 Khloé Kardashian Is “Afraid to Cook” This Classic Thanksgiving Dish