I want what she has.

Post-Christmas, pre-New Year's Day, it seems like just about everyone's just working through the haze of the holidays and ignoring the impending doom that will probably come with 2022. Well, if we could all channel the bliss that Halle Berry has in her latest Instagram post, things may be easy and breezy — at least until January 1. Berry's new post shows her under a crisp white comforter, her hair perfectly disheveled and her bare arm and shoulder shaded from the sunshine. Sunshine? Yes, the sun shining on the shimmering azure water behind her.

The topless shot shows Berry in an enviable tropical locale, though details are sparse, just like her attire. The topless shot may not be Berry's only sexy snap, but the latest one does inspire layers and layers of jealousy, especially for anyone who had to face winter storms and crowded airports the past few days.

"vacay drip… ☀️," she wrote alongside the photo.

Berry's waterfront posing comes after she joked about being mistaken for Halle Bailey on Twitter. E! News reports that a user congratulated Berry for her upcoming role in The Little Mermaid — only she's not featured in the live-action remake's cast.

"Can't wait to see you under da sea," the Twitter user wrote, tagging Berry and adding a mermaid emoji.

"… wrong Halle lol. I can't wait to see her too though!" Berry wrote.

No bad blood between Halle and Halle, however. Back in 2019, Berry congratulated the star on landing the role as Ariel, writing, "Halles get it DONE." 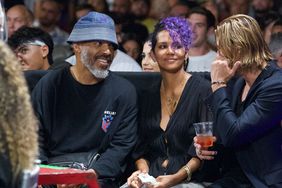 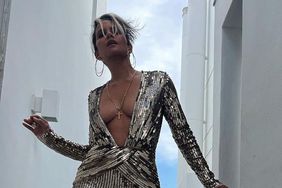 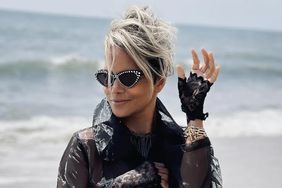