Months after seeming to confirm her relationship with singer Van Hunt, Halle Berry sent a special Instagram shoutout to her "man" with another photo in one of his merch T-shirts.

Over the weekend, the actress posted a photo of herself wearing the shirt with a cap and no pants, and a drink in her hand (in short, a whole vibe), writing, "That time I was Saturday Swingin’ with my man @vanhunt ✨"

Back in September, Berry appeared to confirm fans' suspicion that she is dating Hunt with a photo in the same shirt, writing, "now ya know."

In late September, a source told People that Berry and Hunt had been seeing each other for several months at that point.

"They are spending a lot of time at Halle's Malibu house," the source said. "She really seems to enjoy the quiet time. Van has met her kids, so it seems pretty serious." 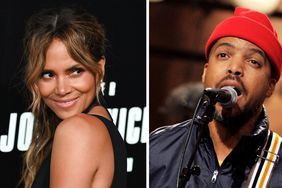 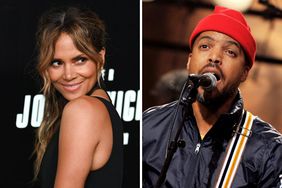