And the teen is just as tall as her mom these days.

On Wednesday, the actress took to Instagram to celebrate the teen's special day, and alongside her sweet caption was an even sweeter snapshot of the two. "14 years ago, I was blessed to give birth to an 'Earth Angel' and I named her Nahla Ariela," wrote Berry, adding: "Humbled by your presence and overjoyed at the same time! Happy Birthday, Nahla boo! ❤️."

In the photo, Halle and Nahla are pictured walking arm-in-arm together on a beach at sunset. With their backs to the camera, Nahla's face isn't visible in the shot, but it's still obvious that she's all grown up nowadays (she's even as tall as her mom).

In addition to Nahla, whom she shares with her ex Gabriel Aubry, Halle is also a mom to her 8-year-old son Maceo from her previous marriage to Olivier Martinez. The mom of two rarely posts pictures of her two children to her social media accounts, and if she does, their faces typically aren't shown. Back in 2019, Halle explained the reasoning behind this decision during an interview with Today.

"I've fought really hard to protect their privacy, and I just want them to have their life and have it be theirs," Berry told the outlet. "I just don't want to plaster them all over the internet. That just doesn't feel right for me. They're gonna do that soon enough. That's gonna be their life when they grow up, and they will choose when that starts." 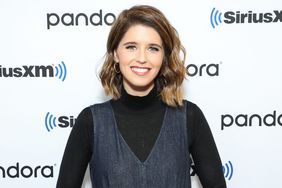 Katherine Schwarzenegger Matched With Her Daughter in a Rare Photo