Berry made history as the first Black woman to win the award for best actress in 2002.

UPDATE: Halle Berry has opened up further about her "heartbreak" over her Oscar win, telling The Mirror in an interview published this month, "The heartbreak I have is because I really thought that night meant that very soon after that, other women of color, black women, would stand beside me. Now it’s been 20 years and no one has, and so every time Oscar time comes around, I get very reflective and I think, 'Well maybe this year, maybe this year.' It has become heartbreaking that no one else has stood there.

"Arguably there could have been other women who deserve to have been there that haven’t been there and I would have hoped that in 20 years, there would have been others that would be beside me," she added. "That moment mattered because so many people have come up to me over the years and told me how that moment shifted their thinking about what they could achieve, what they aspire to do or what they believed they could do – that they were touched by that moment. That is the value that I know is real."

Halle Berry’s 2002 Oscar win for her performance in Monster’s Ball felt like a defining moment for film culture. She was the first Black woman to win the award for best actress, but, unfortunately, she was also the last.

“I thought Cynthia [Erivo] was going to do it last year,” Berry told Variety. “I thought Ruth [Negga] had a really good shot at it too. I thought there were women that rightfully, arguably, could have, should have. I hoped they would have, but why it hasn’t gone that way, I don’t have the answer.”

Despite the personal accomplishment, looking back Berry describes the ordeal as one of her “biggest heartbreaks.”

Even for Berry personally, the historic win didn’t carve out a perfect path through Hollywood “Just because I won an award doesn’t mean that, magically, the next day, there was a place for me,” she said. “I was just continuing to forge a way out of no way.”

Though a Black woman has not won the Oscar for best actress since 2002, several Black women have taken home supporting actress awards in the years before and since Berry’s win, including Whoopi Goldberg, Jennifer Hudson, Lupita Nyong’o, and Viola Davis. 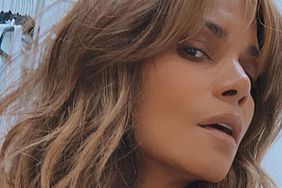