If dads wear Balenciaga, that is.

A model wearing mom jeans? That's nothing new, but Hailey Bieber put a spin on off-duty style by picking pieces more attuned to dad style than cool moms. During an outing in Los Angeles, she paired a boxy, plaid blazer with loose-fitting black pants and finished the layered look with two quintessential dad go-tos: chunky sneakers and a baseball cap, though we don't know that many dads that opt for Balenciaga hats.

Bieber also added a hoodie to her look, something celebrities love doing as they brave the L.A. chill (and channel '00s Justin Timberlake?). The loose, relaxed fit that Bieber embraced is a move some of her fellow supermodels have also adopted. It's a major turn from some of the other model-off-duty uniforms of the past, like skinny jeans and over-the-knee boots with big blowouts and even bigger bags.

And though they weren't on display today, Bieber (and fellow model Bella Hadid) has been spotted wearing another dad favorite, tube socks. It's not all slouchy for Bieber, however. Just yesterday, she wore a long leather coat that looked like it was pulled straight from the Matrix movies. The new fashion choices could be thanks to Bieber's new stylist.

In the past, she worked with celebrity favorite Maeve Reilly, but swapped for Karla Welch, who also happens to style Bieber's husband, Justin. As if having both Biebers on her client list isn't enough, Welch can boast Tracee Ellis Ross and Lorde, too. 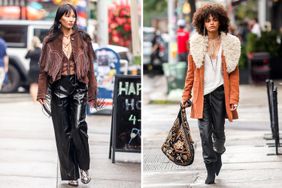 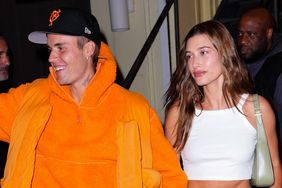 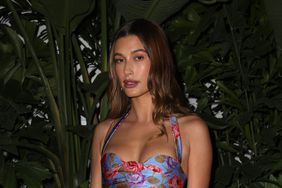