All eyes were on Jennifer Lopez and Ben Affleck when they made their return to the red carpet as a couple at the Venice Film Festival this week. Even Ben's ex Gwyneth Paltrow couldn't help but comment on the electrifying chemistry between the two.

Joining the social media masses, Gwyn gushed over Bennifer's debut at The Last Duel premiere. "Okay, this is cute," she wrote under a slideshow of photos posted by Lopez's stylist Mariel Haeen. In one of the snapshots, Ben and Jen adorably gazed into each other's eyes, while in another, they shared a sweet kiss in front of the flashing cameras.

Paltrow and Affleck dated from 1997 to 2000, and during the course of their relationship the couple starred together in Shakespeare in Love and Bounce. After they split, Ben began dating Jen.

Back in 2015, Paltrow — who is known for being friends with her exes – reflected on her romance with Affleck during an appearance on The Howard Stern Show, revealing that her parents didn't approve of them seeing each other. "He's super intelligent and really, really talented and he's funny," she said. "But he wasn't in a good place in his life to have a girlfriend." She added that two still remain pals today, "I like him. I'm still friends with him."

Since their breakup, Gwyneth went on to marry Chris Martin in 2003. The pair who share two children — daughter Apple, 17, and 15-year-old son Moses — officially divorced 13 years later, and Paltrow is now married to Brad Falchuk, while Martin is in a longterm relationship with Dakota Johnson. 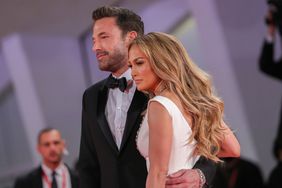 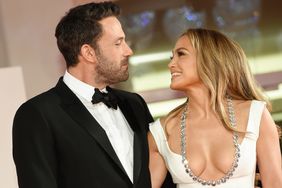