Gwen Stefani is a true fashion icon, so if there's one person to bring back the controversial fashion era that was the '80s, it is the singer and fashion designer. After whisperings of a resurgence from other style moguls (like Bella Hadid and her leg warmers), Stefani stepped out in a very retro, and convincing, evening look.

On Thursday, the singer made an appearance on Late Night With Seth Meyers in a black cut-out jumpsuit with an attached fringe skirt in ombré hues of blue that matched her netted bolero. Fishnet stockings peeked out from under the suit which she paired with embellished black heels. Stefani's signature platinum hair was parted down the middle and worn pin straight. She finished the look with gun metal drop earrings.

During the episode, Stefani promoted her new makeup company GXVE Beauty and the inspiration behind starting it. "I've always been into makeup," she told Meyers. "I was a makeup artist way back in the day. I worked at the counter, and I did makeovers on people, and I just love the way makeup makes people feel and how powerful it can be and just confidence and all the things that it brings. And also just art, expressing yourself."

The mogul also launched The GXVE Community where fans can share looks, exchange trade secrets, and make a commission from selling the products. "I wanted it to be not just about the makeup but also about the community and giving people a chance to be part of something that I've done," she explained.

Stefani recently told InStyle that creating the line came from her own passion for makeup. "Designing makeup is so exciting for me — I don't get bored of talking about makeup," she said. "But being able to build this community and partner with the people that have supported me, loved me, and exchanged love all this time is unbelievable. It's such a great feeling to have a place where like-minded people can come learn, celebrate themselves, and do it as their little passion project."

The line is available now at Sephora.com and gxvebeauty.com. 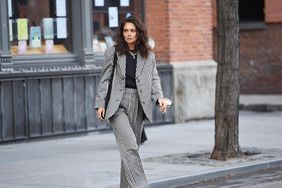 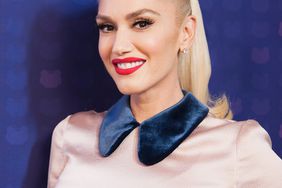