"I was walking the whole time thinking, 'I hope my dad doesn't ever see this picture.'"

Gisele Bündchen is opening up about her early modeling days, and one of the most "traumatizing" experiences of her career. In a new interview with British Vogue, the supermodel broke down her "Life in Looks," including one from the 1998 Alexander McQueen fashion show that left her absolutely mortified by what she was wearing down the runway.

"This was one of the most traumatizing moments," Gisele said as she landed on a page of her 18-year-old self dressed in a silver shredded shirt with no bra and a pair of matching underwear. "I mean, I didn't speak English. It was my first show season in London. I did 42 castings. I remember going to all these castings and nobody would even look at my book because it was the heroin chic time and I didn't look nothing like the heroin chic, obviously, as you can see in the picture."

She booked the McQueen show despite there being "a thousand girls" at the casting call, and without a fitting, she didn't know what she'd be modeling. "I, I could say like a few words but I didn't understand half the things," she recalled. "I just pretended I understood. And I was like, 'Is it a T-shirt or something?' No, it was this. So I started crying."

Bündchen was so upset that her feathered lashes kept coming unglued, and her makeup artist begged her to stop crying. Eventually, she pulled it together, but "was walking the whole time thinking, 'I hope my dad doesn't ever see this picture.'"

"That's why I have the memory of this show," she continued, "all I wanted to do was leave but you know, it's one of those things that make you stronger."

Elsewhere in the interview, Gisele also revealed that she suffered from "crippling anxiety and panic attacks" during her early modeling days. "From the outside, it looked like I had everything and I was just 22 years old," she said. "On the inside, I felt as if I'd hit rock bottom, I was starting my day with a mocha Frappuccino with whipped cream and three cigarettes, then drinking a bottle of wine every night. Imagine what that was doing to my mind." 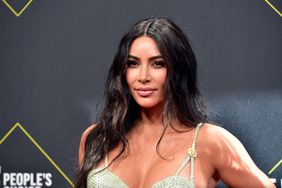