New mom Gigi Hadid is proving that mommy-and-me fashion doesn't have to be relegated to beachfront photoshoots and Mother's Day celebrations. In a new gallery on Instagram, Hadid showed some behind-the-scenes shots from the makeup chair, a peek at Zayn Malik, and — in what may be the cutest thing — a glimpse of baby Kai. When you happen to be a supermodel, coordinating mom looks include Isabel Marant's latest heart prints.

The shot doesn't show Kai's face, which is in keeping with Hadid's M.O. of keeping things under wraps, but the matching outfits are enough to get all the oohs and aahs from Hadid's followers. Hadid's wearing a white version over a long-sleeve thermal while baby Kai has a light purple take on the print.

The photos were part of a "taurus szn photo dump," according to Hadid's caption.

While Hadid and Malik haven't been shy about sharing snaps of Kai (the last one was on Mother's Day), they are keeping the little girl's privacy paramount, like many other celebrities. And though there are no full-on face photos of the little one, the parents are sharing their experiences with parenthood.

"Honestly, it's amazing," Malik said on iHeartRadio's Valentine in the Morning, according to E! News. "A lot of people that I was speaking to, obviously, before she was born and stuff were like, 'It's a big adjustment, and it's going to be a massive change and stuff.' But honestly, she's an amazing baby. It's been really easy for me and Gig to kind of just ease into it. She kind of made it easy for us, she sleeps really well, she loves her milk. It's just feeding and changing diapers at the moment. It's wicked. I'm enjoying it, for sure." 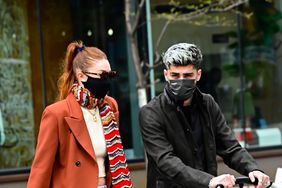 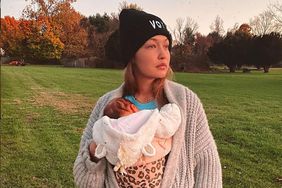 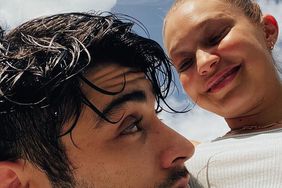 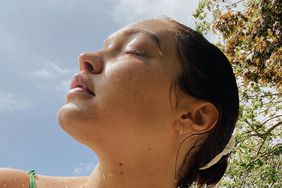