They celebrated Halloween as a family of three.

On Saturday night, Gigi shared a sweet snapshot of herself posing next to Zayn, who held the couple's newborn daughter in his arms. Dressed up as the Hulk, Hadid and Malik's little one wore a green onesie and a matching beanie with black pom-poms for hair. Protecting their baby's privacy, they obscured her face with a GIF of the superhero and added his signature clenched fist over her hand.

"My First Halloween," Gigi fittingly captioned the family portrait, which shows mom and dad in their Halloween costumes gazing adoringly at their new arrival. Gigi channeled a sexy video game character in a blue bodysuit, while Zayn opted for a Harry Potter character from the House of Slytherin.

Gigi Hadid Showed Off Her Baby's Gifts on Instagram

In September, the couple announced the news of their daughter's birth on social media. Since then, they've offered tiny glimpses of their baby girl in photos, but have not shown her face or revealed her name — however, a source at E! News describes her moniker as being "unique."

According to the same insider, Gigi "wants the most privacy for their baby and wants to be able to raise her privately." That means Gigi, Zayn, and their daughter will be living with her mother, Yolanda, at the Hadid family's farm in Pennsylvania for the foreseeable future. The source added, "They feel peaceful staying there for now." 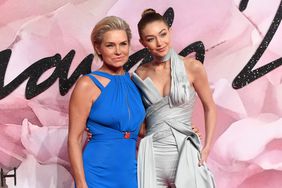 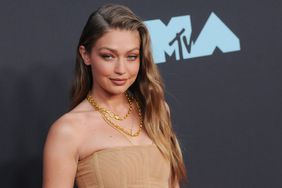 Gigi Hadid Revealed She Voted with Her Daughter "Next to Me" 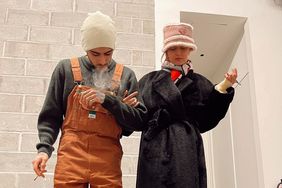