And discussed what his family has been up to in quarantine.

George and Amal Clooney's attempt at teaching their kids to be more cultured didn't go exactly as planned.

During an appearance on Jimmy Kimmel Live, the actor revealed that he and his wife let their three-year-old twins Ella and Alexander learn fluent Italian. The only problem, of course, is that neither parent speaks Italian.

"I'll say, 'Go back in and clean your room,' and they'll be like, 'Eh, papa stranzo,'" Clooney joked. "I'm from Kentucky, English is a second language to me."

He went on to discuss how he and his family have been spending their time in quarantine, telling Kimmel that he's taken to domestic chores like laundry, mopping, dish-washing, and even wood-staining the entire house and handling the cooking.

"I cook for the family. I'm the chef," he said. "My wife, she does amazing things. She gets journalists out of jail in countries like Azerbaijan and Egypt, but when it comes to cooking, she makes reservations."

George Clooney Asked Amal to Marry Him "Out of the Blue"

"She went to hard boil an egg once, and she put the egg in the pan and turned the stove on without any water in the pan," he added.

Like Clooney said — his wife is too busy being a humanitarian lawyer to bother with egg-boiling. 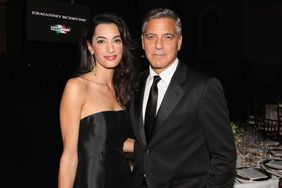 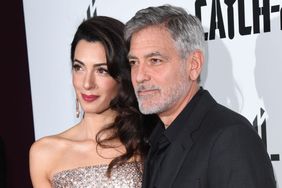