English actress Ellie Bamber insists she’s not the settling-down type, at least not when it comes to her wardrobe. “I don’t think I’ll ever stick to one specific look,” she says. “I’m very instinctual about my choices. Some days I want to look pretty and classic; others, I’d rather have a grungy street vibe.”

WATCH: Behind the scenes footage from Ellie Bamber's photo shoot

For today’s interview, she’s dressed in a silver bomber and lug-soled combat boots, both by Chanel, an ensemble that reflects her relaxed approach to fashion. Her pants? Jeans—always jeans. “I have so many different styles. My favorites are from Amo, Levi’s, and Frame.” You could even say that denim helped her land her role in Tom Ford’s sophomore film, the neo-noir thriller Nocturnal Animals.

“I was, of course, panicking over what to wear,” she says of meeting the famously detail-oriented designer for the first time. “But I knew Tom’s taste is simple and timeless, so I went with Paige flares, clogs I got in Spain, and a big white shirt tied at the hem. When I was leaving the audition, he said, ‘I can tell you have a good sense of style.’ ”

He’s not the only one who has noticed. Karl Lagerfeld tapped Bamber as Chanel ambassador last year, and the brand has been her red carpet go-to ever since. “They put me in an amazing jazzy red dress and big hoop earrings for the Cannes Film Festival,” she says. “That was a moment.” One, undoubtedly, of many more to come. 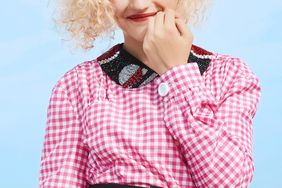 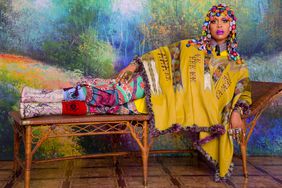 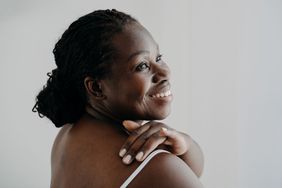 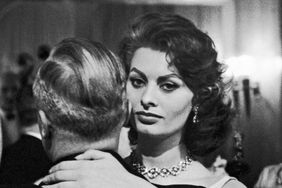