In her March editor's letter, editor-in-chief Laura Brown argues it's time to shine a light on passionate, fearless, and talented women who are forces for good.

When we were planning this issue, two things kept coming to mind: beauty and wisdom. Last year, as we all know, was a slog, and this year hasn’t been a bed of roses so far either. My instinct was that, in a world of noise and anxiety, a little pretty (and a lotta clarity) would be welcome. This was reaffirmed as soon as I returned from my native Australia in January. Leaving home was emotional given all the lives, land, and homes lost to the bushfires, not to mention the loss of our treasured plants and animals. Thankfully, the world has rallied to Australia’s aid, and we’ve seen many reassuring moments showcasing people’s goodness and generosity.

So back at work, and on the InStyle stage, all I’m interested in is beauty and wisdom, the forces for good in our business and the culture at large. The word “inspiring” can be overused, but the cast of this issue inspire us endlessly with their creativity, perspective, and voices.

First, our cover star, Kerry Washington. Known for years as a character actress, she really stepped into her power with the success of Scandal and then the launch of Time’s Up. She is one of Hollywood’s most forthright and collaborative players, but girl can still turn up at the Golden Globes in a harness and a jacket held on by Topstick. (See, you can have it all!)

And I’m thrilled — as is my ’90s-supermodel-idolizing teen self — that Shalom Harlow is also in this issue. There’s a special place in the fashion world’s heart for Shalom, whose beauty and ballet-like grace seemed to make dreams real, but after years of overworking, she became severely ill and kept out of the public eye. Now she is starting to take select jobs and eloquently share her wellness wisdom. Anyone who has seen the now-viral video of her dancing on the shoot of her comeback campaign for Versace is reminded that Shalom has always been super.

Valentino creative director Pierpaolo Piccioli is a force for good in fashion. In an industry that celebrates artifice, he is resolutely himself, and this spirit, along with the breathtaking beauty of his work, is changing the business for the better. We photographed Pierpaolo with his wife, children, and dog because, as he says, “With my family, I feel free to follow my dreams everywhere because I never get lost.”

Julia Louis-Dreyfus, a comic gift for over 30 years, possesses another great quality: frankness. Asked at a Veep première if she’d ever see a female president, she replied, “I fucking better.” Back from undergoing breast-cancer treatment, she is doing the best work of her life while remaining chic as hell. JLD may no longer play a president, but she still rules.

Bethann Hardison, a longtime advocate for representing people of color in fashion, is a true revolutionary. It’s thanks to Bethann (or Ma, as Naomi Campbell calls her) that Black models have the long-overdue presence they’ve earned, young designers can build a business, and brands are better navigating racial sensitivities. We call her the Teacher for a reason.

Finally, songbird Maggie Rogers. I was entranced when I heard her sing at a benefit in New York, so we jumped to shoot her. “[I feel] so proud of the work we’re doing, and the space we’re creating, and the people I get to share all this with,” she says. The same could be said of the people in this issue. I hope it sparks joy. 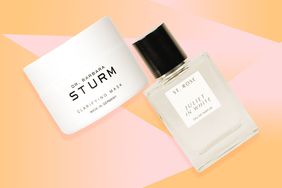 Here's Every Product Our Beauty Editors Loved Using in March