Beatrice allegedly sliced Sheeran's face with a ceremonial blade back in 2016.

The year: 2016. The place: Royal Lodge, Windsor. The incident: Princess Beatrice reportedly slashing crooner Ed Sheeran's face with a sword during a mock knighting ceremony. It's not a twisted game of Clue or the plot to a new Netflix limited series. It's apparently what happened at a party and why Sheeran has a scar below his right eye. Though there have been tales contesting the situation, Sheeran's manager, Stuart Camp, finally gave his version of the story.

Camp explains that he chose not to speak publicly about the incident — and that was on purpose. But it seems enough time has passed that he's comfortable revealing his take on the turn of events.

"I got quite protective over that, because we've never publicly commented on it," Camp said during an appearance on the Straight Up podcast.

Camp went on to say that he was advised to just make something else up, though he ended up just keeping quiet about the entire thing and having stories swirl around the internet with no clear answers. But Camp laid it all out: according to him, Beatrice did, in fact, cut open Sheeran's cheek with a decorative sword. The Sun reported that Sheeran's friend James Blunt had asked to be knighted and Beatrice, being the kind princess that she is, obliged, only Sheeran was in the line of fire and while his friend earned a title, he had to get stitches.

"Certain people said, 'Oh, you should lie and say it wasn't her and say it was someone else,'" he explained. "I said, 'well, we're not telling anyone anything. I'm not lying, just because someone's a fucking idiot and they've been waving a sword around when you're all drunk. It's not safe!"

Camp said that the situation seems outrageous, but given the circumstances (royalty, pop stars, alcohol, revelry, etc.), it was bound to happen eventually.

"I know, we'll get paralytic and take a sword off the wall and wave it around the room,'" he joked. "When you hang out with those sort of circles you're just asking for trouble, aren't you?"

After the incident, Blunt claimed that the whole thing was made up.

"Ed was drunk, messing around, and he cut himself," Blunt told ShortList in 2017. "We made a fancy story up; people fell for it. It was very embarrassing."

Blunt went on to say that he felt bad for Sheeran, who did end up with a scar somehow.

"All of it [was made up]," Blunt added. "Apart from the actual scar. It’s bizarre that people fell for it. I blame him. He must be desperate — he's trying to sell records."

As for Sheeran, he claimed that it really did happen. When he stopped by the Graham Norton Show in 2017, he laid out all the facts.

"I can't talk about it. I don’t know what will happen if I do!" he said, adding, "I have no idea how it came out as there weren't a lot of people there that night. For two weeks after, I had a huge gash on my face and would tell people I fell, and then suddenly, the story came out. The alleged story came out." 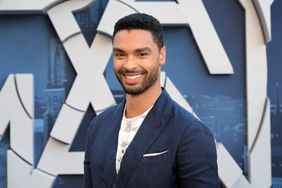