On the 10th anniversary of Diane von Furstenberg’s namesake awards, she brings together a few all-star honorees.

Diane von Furstenberg has been a driving force in the fashion industry for more than 40 years, but perhaps what is most admirable about the wrap-dress queen is her philanthropic work. Over the past decade, her annual DVF Awards have spotlighted deserving women who work to help communities in need across the globe. The Diller-von Furstenberg Family Foundation grants each honoree $50,000 to further a cause. Past recipients have included thought leaders Gloria Steinem and Oprah Winfrey, uplifting voices Karlie Kloss and Gabby Giffords, and international change-makers Ariela Suster, Kakenya Ntaiya, and Chouchou Namegabe.

“I think I’ve inspired a lot of women to be the woman they want to be,” says von Furstenberg, invoking her signature mantra. “That’s my mission in life.”

“Diane organizes the whole f—ing world,” says Steinem, laughing in agreement. “She moved into a universe based on using women as blank canvases, and she made them the artists. Now, wherever she goes, she shares stories of extraordinary women. And there’s nothing more important than stories.”

Von Furstenberg’s generosity meant that Kloss’s Kode with Klossy program could provide classes to more girls interested in tech, and Namegabe could train more female journalists in the notoriously repressive Democratic Republic of the Congo. “My microphone is my weapon I give to women to tell their stories,” Namegabe says. “I’m proud because girls [in the DRC] now think of me as a role model.” Suster, meanwhile, says that von Furstenberg’s mentorship gave her the confidence to exceed her own expectations in her work on Sequence, an accessories-making workshop she launched in her native El Salvador to employ men at risk of joining violent gangs. “Now I’m thinking beyond the borders of my own country to find ways I can impact people around the world.”

This shared goal of worldwide progress keeps the women united beyond von Furstenberg’s springtime soirée. “All our challenges are different, but knowing we have a common purpose is inspiring,” says Ntaiya, who works to empower girls in Kenya by building boarding schools there. “Diane has a powerful way of helping women see their own strengths and potential,” Kloss adds. “She encourages me to be fearless. And I think that makes a badass woman.”

For more stories like this, pick up the May issue of InStyle, available on newsstands, on Amazon, and for digital download Apr. 19. 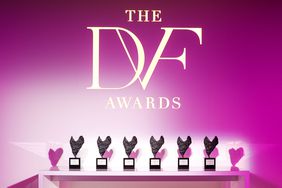 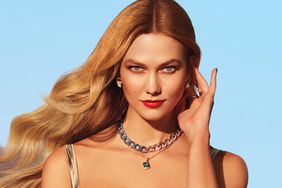