How Drew Barrymore Knew She Was Ready to Be a Mom

"I was overworked, stressed, and fantasizing about what a different life would be. Shortly thereafter I started having kids. That's one way to have a major life change."

My first InStyle cover was in 1999, and I remember that day so well. I was having the worst hair day, but we finally got it to a better place. I actually had a date that night with an actor. I was so excited to go on a date with this guy with good hair, but it turned out that the hair was much better than the date.

September 2000 was my second InStyle cover. My hair had grown out. Hair is obviously a very big thing with me. That time it was red; I just love red-toned hair. It’s so flattering to the skin. If I ever see a redheaded girl, I’m like, “She’s so hot.” Matthew Rolston shot that cover. He was a good friend of mine, and I think it’s nice when a photographer makes you look like yourself. It’s always alarming when you see photos and think, “That doesn’t look like me.”

VIDEO: Drew Barrymore Looks Back at Her InStyle Covers

By the time of my fifth InStyle cover, in October 2009, I had just directed Whip It, really the only film I’ve made, and I was filming Going the Distance. I said I was thinking about quitting the business. I had just done Grey Gardens too. I was overworked, stressed, and fantasizing about what a different life would be. Shortly thereafter I started having kids. That’s one way to have a major life change. The best one I’ve ever had in my life.

When I had my first daughter, Olive [in 2012], I was terrified all the time. I wanted everything to be perfect. It’s the most high-wire, high-stakes, scariest, beautiful, important thing you’ll ever do. I couldn’t sleep or eat. I’ve never cared so much about anything. I’ve got two daughters now [Frankie was born in 2014], and they’re very different. You realize this is about their journey, and you’re there to keep them safe, keep them laughing, and help them figure out who they want to be. I still feel like I have so much to learn, but we’re having the time of our lives. Maybe they’re just getting better, or maybe I am.

I felt the most beautiful right after the birth of my daughters. My 2015 cover reminds me to be bold and expressive and not too body-conscious. My daughters are 5 and 7, so they love their bodies at this point. I think we all did at that age because we weren’t inundated with societal messages or comparisons. I was built to have these girls, and I have never fallen prey to the Hollywood stigma about how a woman is supposed to look. That’s the dumbest thing. I love girls and women. They rule my universe.

I didn’t know who I was yet in those earlier covers. I still had so much to learn. It’s cool if you can look at your life and be excited about where you’re going and where you’ve been. If you can realize that you’ve fucked up and made good things happen along the way. If you can reflect on bad romances or good romances, all of them fun. Seeing your life through photography, social media, fashion — it’s not supposed to look perfect. It’s supposed to reflect who you are. If I could go back to my first InStyle cover shoot and tell myself one thing, it would probably be: “It’s not going to work out on that date tonight.”

How I'd describe myself:

In 1999: Love junkie, Dog lover, No idea where it was all headed

Updated by Laura Brown
Was this page helpful?
Thanks for your feedback!
Tell us why!
Related Articles 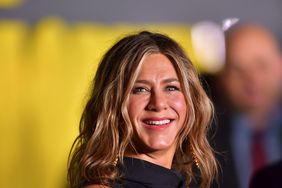