This particular Hollywood sweetheart is bold, bubbly, and has been in the acting business for most of her life. In fact, it was her very first movie role in the 1982 Steven Spielberg film E.T. that cemented her spot as a child star. From there, the actress has gone on to star in a slew of box-office hits, including The Wedding Singer and Charlie's Angels. Yep, that's right! Of course, we are talking about birthday girl Drew Barrymore on her 41st birthday.

Now an eight-time InStyle cover star, Barrymore is known for her gorgeous looks, boho-chic style, and carefree, funny personality. Despite her many, many projects—which include being a mom and managing her Flower cosmetics line, Barrymore still manages to have fun in her everyday life. On Instagram, she posts photo evidence in which she's often seen paling around with friends or striking a silly pose in true-Drew fashion. To see for yourself, look through the actress's funniest photos below. We promise they'll make your day.

We felt all the feels upon seeing this adorable Instagram from Barrymore and her daughter. The actress captioned the photo "love the one you're with."

The actress sat down for drinks with her sister-in-law. With big smiles and even bigger bellinis, the pair appeared to be enjoying themselves—and their cocktails.

Here, Barrymore's pictured with InStyle's very own Angelique Serrano. The pair discussed all-things beauty and tested out every shade and color like the true beauty enthusiasts they are.

Barrymore's hubby, Will Kopelman, snapped this photo of her on Thanksgiving, which she captioned "I am thankful for my family. My in laws and my amazing friends. I wish everyone a very Happy Thanksgiving. I am truly grateful today."

The actress bundled up for this Christmas shot and welcomed in the new year, saying "and to 2016...I can't wait to meet you."

The Hollywood sweetheart kept it casual while out on a Sunday hike with her hubby.

Barrymore sported some hip headphones and sassy sunnies for an early morning run in France.

Could she be any sweeter? While spending time in France, the actress looked très sophistiqué in an adorable pink number.

The star is known for her love of wine. So much so, that she started her very own wine company, Barrymore Wines. And, we can't wait to try!

Barrymore paused for a sweet mountainside pic while enjoying a hike in Idaho.

The actress is quite the adventurer. She captioned this outdoorsy shot "Fly fishing in Idaho." 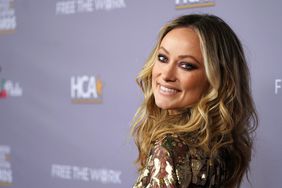