On Jan. 30, the Senate passed legislation drafted by Senator Dianne Feinstein (D-Calif.) that requires amateur athletics governing bodies, such as USA Gymnastics, to report sexual abuse allegations to local or federal law enforcement, or a child-welfare agency designated by the Justice Department within 24 hours. Here, Senator Feinstein describes the meeting that led her to draft this legislation, and what this bill means for young athletes going forward.

Senators take hundreds, if not thousands, of meetings each year. But none as powerful as when I met last February with seven survivors of Larry Nassar’s abuse.

Six months earlier, I had read the Indianapolis Star report about widespread abuse and the abject failure of USA Gymnastics to put a stop to it. An exchange of letters with USA Gymnastics had revealed wholly inadequate policies and procedures for protecting children, and a meeting was scheduled to allow me to hear directly from the young women who’d been abused by Nassar.

This was one of the most emotional and disturbing meetings I’ve ever had. As soon as I walked into the room, I knew something terrible had happened to the women sitting around the table. I’ll never forgot the looks on their faces. We spoke for more than an hour. We talked about what happened to them and how USA Gymnastics, Michigan State University, and the adults charged with protecting them failed at every turn. They shared how the abuse had tarnished the sport they loved.

Sexual Consent: Why We Still Haven’t Gotten the Conversation Right

The meeting made clear that USA Gymnastics was fostering a culture that put money and medals first, far ahead of the safety and wellbeing of athletes. At the end of the meeting, I promised these women that—with their help—we would pass legislation and we got to work writing a bill.

And late last month, I was so proud to have kept that promise, with a strong bill passing both chambers of Congress and going to the president for his signature. This achievement was only possible because these incredibly courageous women decided to come forward, share their pain and do all they could to ensure that what happened to them never happened to anyone else.

The bill does three main things to reform our laws with respect to crimes against children and sexual-abuse prevention. First, it addresses the patchwork of state reporting laws, making it mandatory for anyone affiliated with any national governing body or amateur sports organization that crosses state lines to report sexual abuse to local and federal law enforcement or social service agencies within 24 hours. This requirement would apply to USA Gymnastics and each of the other 46 national governing bodies that oversee a variety of Olympic sports. It would also apply to college athletics.

Second, the bill clarifies that victims of child sex crimes can recover from their perpetrators statutory damages of up to $150,000 as well as punitive damages due to the heinous nature of the crime against them. It further extends the statute of limitations so it doesn’t begin to run until victims realize they’ve been abused. This is especially important in the case of the young women abused by Larry Nassar. He told these young women—as young as 12—that he was performing medical procedures. They didn’t know what he did was sexual abuse until they were older.

And third, the bill reforms the Ted Stevens Olympic and Amateur Sports Act, which established “national governing bodies” like USA Gymnastics. Congress chartered all of these entities, but the original law did not specify their obligations to ensure that athletes have protections against child abuse, including sexual abuse. This bill fixes that. It requires the newly created U.S. Center for Safe Sport to establish strict policies for preventing abuse and procedures for handling allegations, as well as oversight procedures to make sure every national governing body adheres to these policies. For example, every governing body would be required to implement policies to make sure minor athletes are not alone with adults. Failure to limit one-on-one contact is what allowed Larry Nassar to assault hundreds of women, and we need to put a stop to that.

Sexual abuse stays with survivors for their entire lives, and we need to do all we can to prevent it. Survivors of Larry Nassar’s abuse should be proud that their courage means millions of young athletes are now safer. 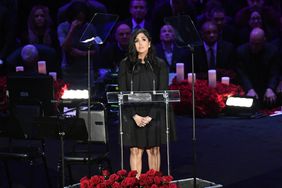