It took me a while to unlearn the reasons why I felt that way.

When I told my best friend of 20-odd years that I was writing an essay about the dissolution of Joshua Jackson and Diane Kruger’s decade-long relationship, she immediately fired off a series of photos by text. The snaps, which she seemingly had on hand, were of a theme: In one, Kruger poses in a pink Christian Lacroix on a rainy Golden Globes red carpet, Jackson holding a branded golf umbrella from the Beverly Hilton over her head while he happily gets rained on. In another, a pap captures them strolling through New York City in a visible drizzle, sporting cozy, sweater-weather looks—again, Jackson gallantly positions the umbrella (this one from the Bowery Hotel) so that Kruger is protected.

The two of us, like any older millennials who were lucky enough to grow up with cable, will always be protective of Pacey Witter. Jackson’s Dawson’s Creek character was so beloved — so obviously the hero of the whole show — that creator Kevin Williamson let him get the girl in the end over his eponymous self-insert lead. But Pacey was also the smartass, the romance you didn’t see coming, the guy who did the dirty with his 36-year-old English teacher when he was in the tenth grade. (A storyline that, perhaps, would not have panned out in the same way today.) That the man behind the smirk would, as an adult, be appreciated by a classy, German stunner like Kruger was, in my eyes, unexpected but ultimately right. Like if Andie had chosen Duckie instead of Blane at the end of Sixteen Candles, as God and John Hughes intended.

Jackson and Kruger got together in 2006, two years after she helped Nicolas Cage steal the Declaration of Independence and three years after Dawson’s bittersweet flash-forward finale, and it didn’t take them long to become dreamy red-carpet staples. Google Image search them and the flexes are endless: him, 6’2” and hunky; her, blonde, regal, and one of the most fashionable people on the planet. Though they never married — Kruger insisted that she no longer believed in it, after her five-year marriage to fellow actor Guillaume Canet sank — they seemed to be in it for the long haul.

In 2015, however, rumors started to fly that Kruger had been spotted making out with Norman Reedus, her costar in a movie called Sky (in which Jackson also appears), in the corner of an East Village dive bar. While none of the three involved parties ever acknowledged the story, Kruger and Jackson were dunzo by 2016 and that seemed to be proof enough.

To me, it was a betrayal of the highest order. To be lucky enough to be doted on by Pacey Witter — to never even have to feel the rain on your face if he were standing next to you—and then to throw that away? So publicly? I instantly cast Kruger as the villain in their story.

And it didn’t escape me that Reedus is Jackson’s antithesis in so many ways. In the grand high school drama that I’d imagined, the Walking Dead sex symbol, with his long, greasy hair and mumbled drawl, was the bad boy to Jackson’s class clown. He was pure rebellion for someone who’d gotten bored with too much of a good thing, and she’d see the error of her ways eventually.

Is There Ever a 'Good' Time to Break Up?

But it’s 2022, and Reedus and Kruger are still together. They even welcomed a child in 2017. While Jackson hasn’t commented publicly on their much-discussed breakup, Kruger has. “That was something that was a long time coming,” she told Vulture in November 2018. “Also we broke up many months before we said we were broken up, so by the time I made that decision, it didn’t feel like it was so urgent anymore. You don’t break up overnight after ten years, you know what I mean?”

Even knowing that that’s true and that what we’re privy to when it comes to a relationship between two public figures is a drop in the bucket, it’s really difficult not to just connect the dots from Jackson’s unfailing nice-guy-ishness (and he remains a socially conscious, unproblematic fave) to anonymous tips to the tabloids to the end of ten years of apparent happiness. I want to blame Kruger like I would have blamed Joey Potter.

As a celebrity, Jackson is a carryover from a time when “girl power” was just a T-shirt slogan, and when I used to say that I “hated” Britney Spears, when I was really only jealous of her abs, extensions, and that she got to hang out with *NSYNC on a regular basis. I was hyper-trained to perceive other women as the enemy, even when we weren’t in direct competition. I have no concept of how, exactly, this relationship deteriorated, but I was very quick — probably unfairly — to pick a side.

In the real, non-Capeside world, Jackson doesn’t need my defending. As of December 2019, he’s married to Queen & Slim star Jodie Turner-Smith with whom he shares a baby. In February 2020, Turner-Smith posted an Instagram story of the newlyweds pushing a cart through Home Depot, a familiar song playing on the store’s speakers. “Is there something amusing you, babe?” he asks, while a giddy Turner-Smith sings along to Paula Cole’s “I Don’t Want to Wait.”

Finally, I thought, somebody who gets it. 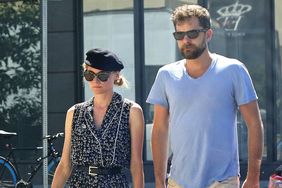 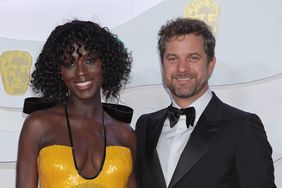